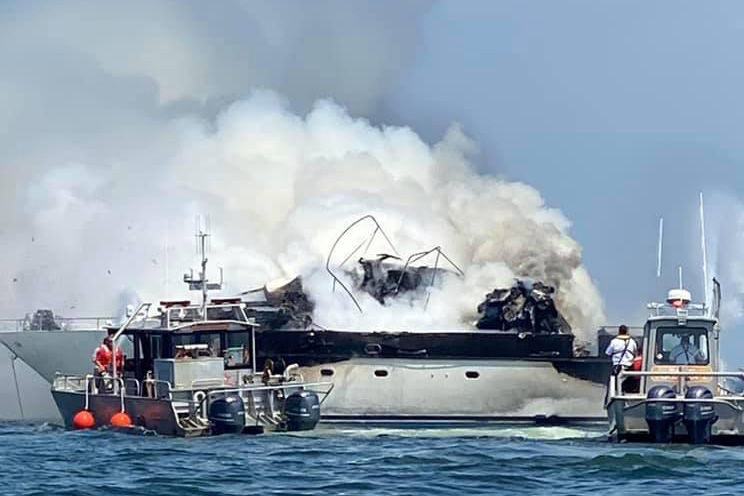 The Branford Fire Department was dispatched to the smoking yacht around 1:19 p.m. Thursday.

Civilian boaters rescued eight passengers from the yacht, which was five to seven miles from the Branford River and Stony Creek harbours. The passengers were not injured and were transported to the U.S. Coast Guard, the fire department said.

The yacht, however, was engulfed in flames and eventually sank, according to the Branford Fire Department.

“Despite our best efforts the fire was too advanced and unsafe for boarding to reach the seat of the fire,” the Branford Fire Department posted on its Facebook page.

Teams from Branford River and Stony Creek responded, as well as the U.S. Coast Guard and the Guilford Fire Department. The state Department of Energy and Environmental Protection responded to the scene to address environmental issues, the fire department said.

Aquila give us tips on how to care for your catamaran

ILIAD 60 nominated for 2022 multihull of the year

Azipod® propulsion moves yachting into a new era of sustainability

Sydney ferry Queenscliff to be retired this week