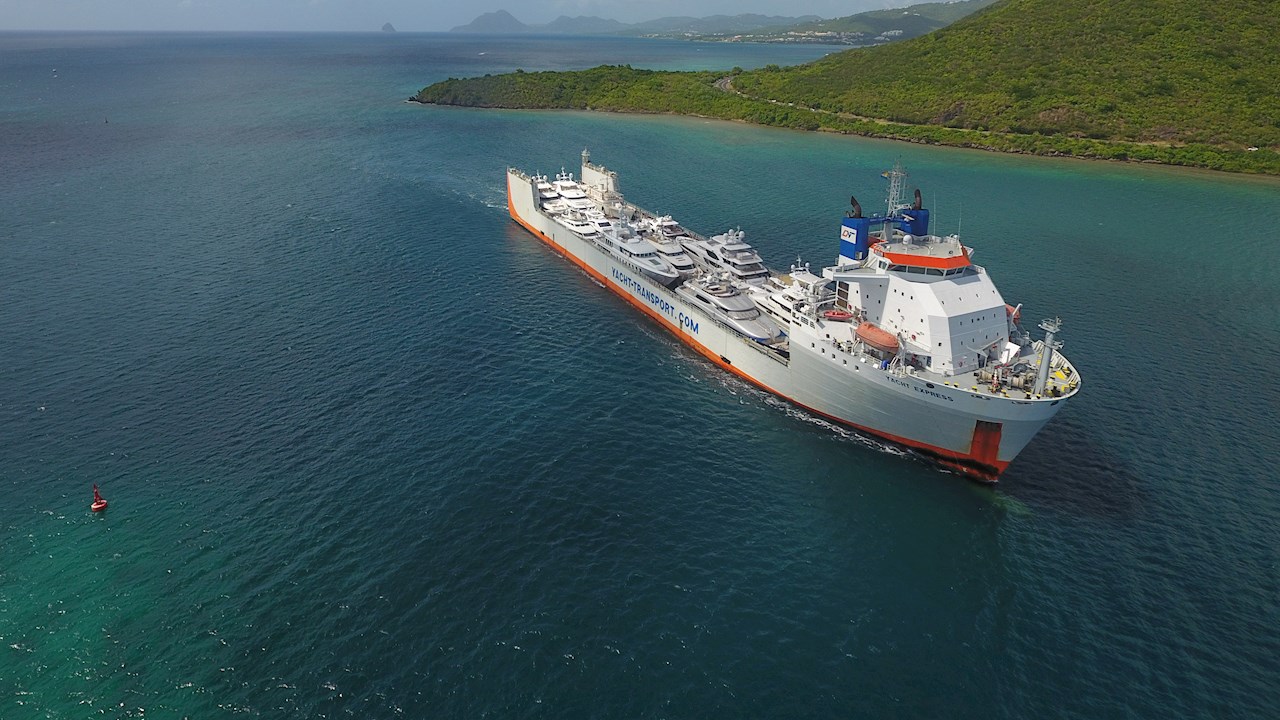 Operated by Spliethoff subsidiary Sevenstar Yacht Transport, the 209-meter length Yacht Express has deck space of 5,115 square meters and has been carrying vessels worldwide since its delivery as the first purpose-built yacht transporter in 2007. Yacht Express lowers itself in the water so that yachts float-on and float-off its semi-submersible dock bay under their own power. After securing the loads and de-ballasting, the vessel crosses the oceans at its seagoing draught, protecting its multimillion-dollar cargoes.

Now, the safety of operations on board the specialized Dutch owner’s vessel is being enhanced by the ABB Ability™ OCTOPUS – Marine Advisory System. With motion monitoring providing alerts of critical motions and motion forecasting to help with route selection, OCTOPUS guides onboard decision-making to optimize safe planning of the voyage ahead.

“Although we have an excellent track record, we are of the opinion that, by adding OCTOPUS on board Yacht Express, we offer even better real-time support for the ship’s master and crew to limit unwanted vessel motions at sea, thereby further reducing the risk of damage to the vessel or her cargo,” said Richard Klabbers, Managing Director of DYT YACHT TRANSPORT. “Route planning based on vessel motions and motion forecasting is also a significant safety gain.”

ABB Ability™ OCTOPUS – Marine Advisory System is the market-leading motion-based route optimization software in the semi-submersible heavy lift vessel sector, where more than 90 percent of these specialized ships are equipped with the solution on board. The system also allows shipowners ashore to log in to the ABB Ability™ Marine Fleet Portal to check voyage status and gain insights into vessel motions.

“Spliethoff has repeatedly expressed its confidence in the role played by OCTOPUS software in safe project cargo logistics,” said Antto Shemeikka, Head of Digital Services at ABB Marine & Ports. “As its 25th vessel to feature the system, Yacht Express represents a further milestone in our relationship, demonstrating the appreciation of a longstanding customer for its merits in this very specialized niche of the heavy lift market. This cooperation also highlights the strength of ABB’s integrated approach in action.”