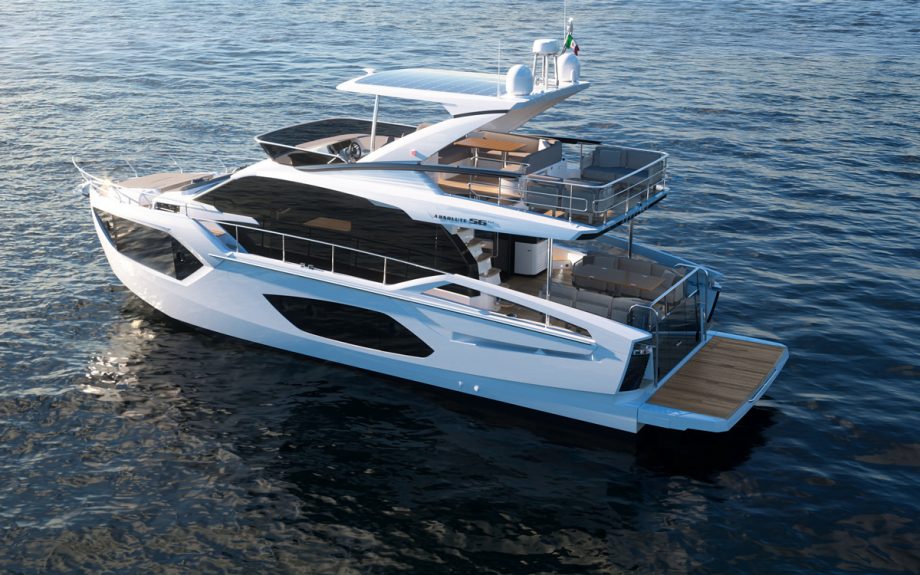 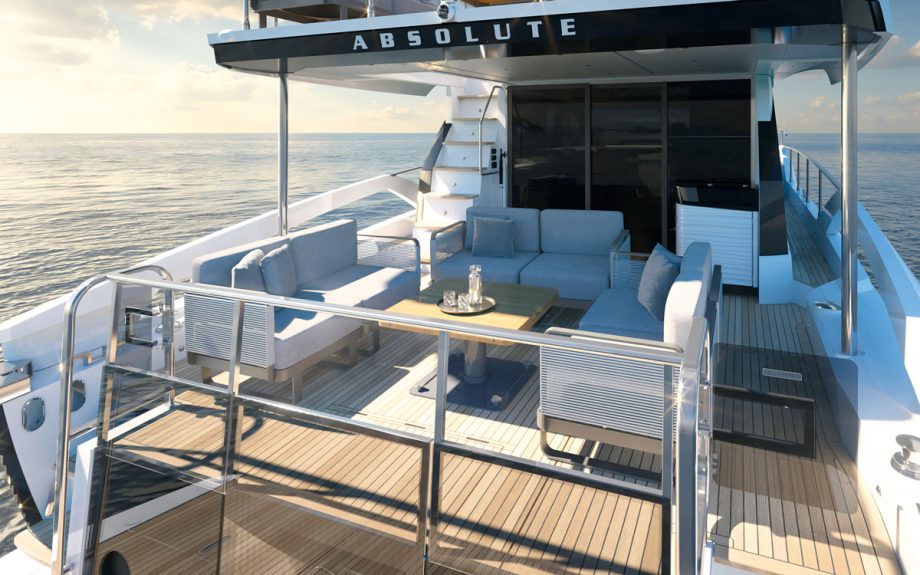 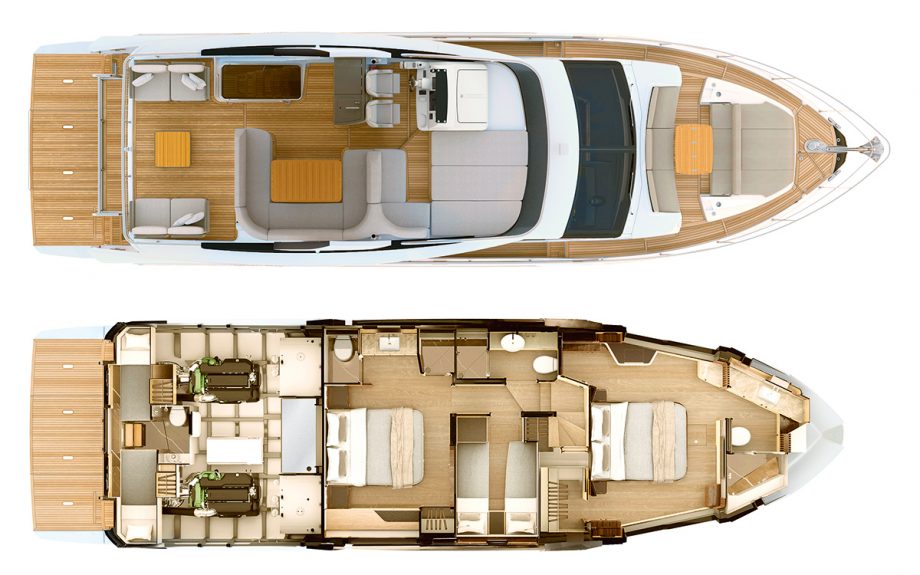 Absolute has revealed renderings of an all new Absolute 56 Fly that pushes hull glazing to new extremes.

Clearly, the Absolute 56 takes its design cues from the recently launched Absolute 60 Fly but appears to feature even bigger hull windows relative to its length.

Both models offer beamy upright bows with oversized trapezoid windows, terrace cockpits and full-height picture windows in the main saloon which align with cutaway bulwarks to give uninterrupted views out.

The reason for those big bow windows is the unusual location of the owner’s suite forward on the lower deck rather than amidships, as is typically the case with craft of this size.

Absolute reckons this makes for a brighter, more private cabin, especially when moored stern-to. It is configured with a forward-facing double bed and a generous shower room in the forepeak.

The VIP suite occupies the full beam amidships space normally reserved for the owner’s cabin. The third cabin is to starboard and has its own bathroom opposite, which also doubles as the day-head.

Surprisingly for this size of craft, there’s also room for two separate crew bunks and a bathroom at the stern.

The Absolute 56 Fly will be propelled by twin 600hp Volvo Penta IPS800s. Absolute hasn’t divulged a maximum speed but expect around 28-30 knots.

Pricing will also be announced nearer to its expected launch date in early 2022.