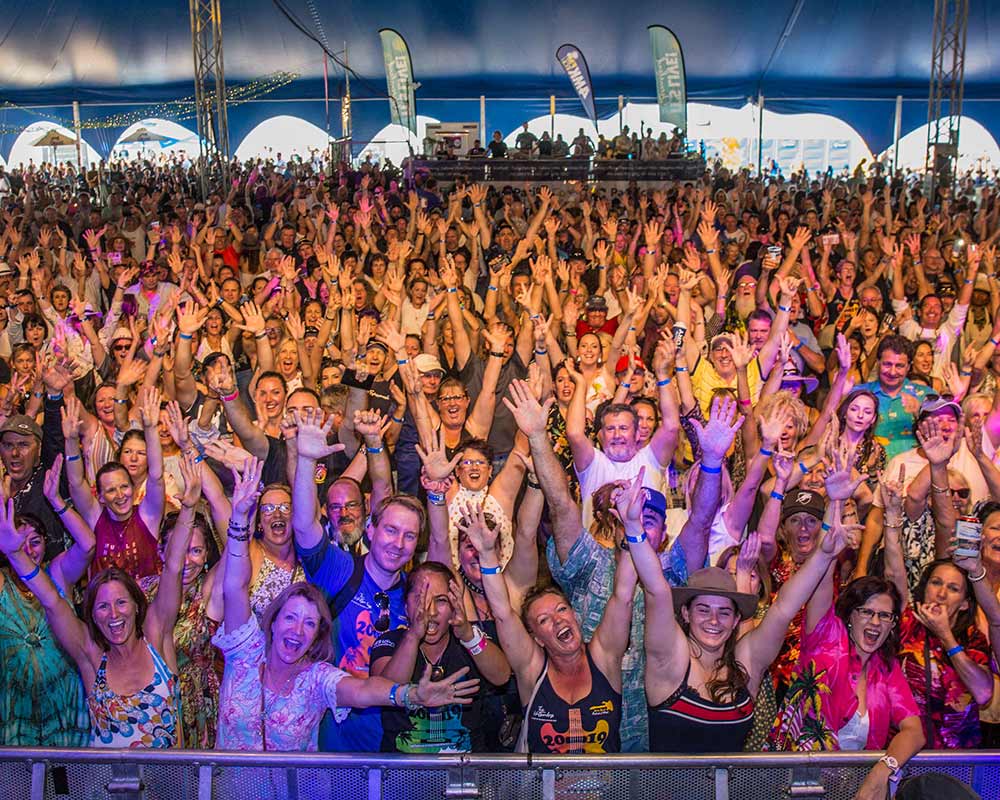 After a forced absence in 2020, the Airlie Beach Festival of Music has been labelled a huge success as it wraps up its ninth edition in 2021.

Festival founder, Gavin Butlin, said the hard work, patience and sheer perseverance of the team had paid off, with the event once again bringing live music to the streets of Queensland’s much-loved party town in the Heart of the Great Barrier Reef.

“We’re well and truly back,” Mr Butlin said. “Airlie Beach was alive with the sound of music over the weekend and everywhere you look there are a million smiles. That’s the power of live music and the connection it forges, and that is why we continue – even in these challenging times – to host this amazing event.”

Headlining artist, John Schumann, who together with his band ‘The Vagabond Crew’ brought the iconic Redgum years to life at the main tent on Sunday, said it had been a humbling experience to reconnect with fans in a destination as beautiful as The Whitsundays.

“It is a credit to the organisers to have persevered against almost overwhelming odds – I think all the musicians and music fans owe them a great deal of thanks – people with less spirit and courage would have given up,” he said. “Apart from being simply stunning, Airlie Beach is an extraordinarily friendly festival. Everyone I encountered over the weekend was so welcoming. We now leave with heavy hearts and hopefully at some point in the future we’ll get an invitation to return because we’d genuinely love to come back.”

Superjesus frontwoman, Sarah McLeod, said the Airlie Beach Festival of Music had become one of her all-time favourites, partly because it was so much more than the typical stage-in-a-paddock style event.

“It’s non-stop action – I’ll need to sleep for about a month when I get home to recover,” she joked.

“I judged the national Passport to Airlie competition, went on a flight over the islands with Helibiz, which was amazing, and on a Whitsunday Jetski Tour, which was literally one of the best things I’ve ever done. In somewhere like Thailand or Bali, they give you 20 minutes and there’s very rarely waves but here we were going across the channel and it was a real adrenaline rush.”

Tourism Whitsundays Chief Executive Officer, Rick Hamilton said the marriage of music and destination experiences was what set the Airlie Beach Festival of Music apart from other events globally, and he encouraged music lovers from far and wide to start making plans for 2022.

“Make a holiday of it,” Mr Hamilton suggested. “Combine a three-day Airlie Beach Festival of Music pass with a sailing trip around our 74 Whitsunday Islands, or a day tour to the Great Barrier Reef, or a flight over Heart Reef. These are the sorts of holidays lasting memories are made from, filled with all kinds of additional unique experiences money just can’t buy.”

Three-day passes for the 2022 Airlie Beach Festival of Music are now on sale at a special early bird rate of $275.

The 2022 festival will run from November 4-7, with tickets on sale from early next year.