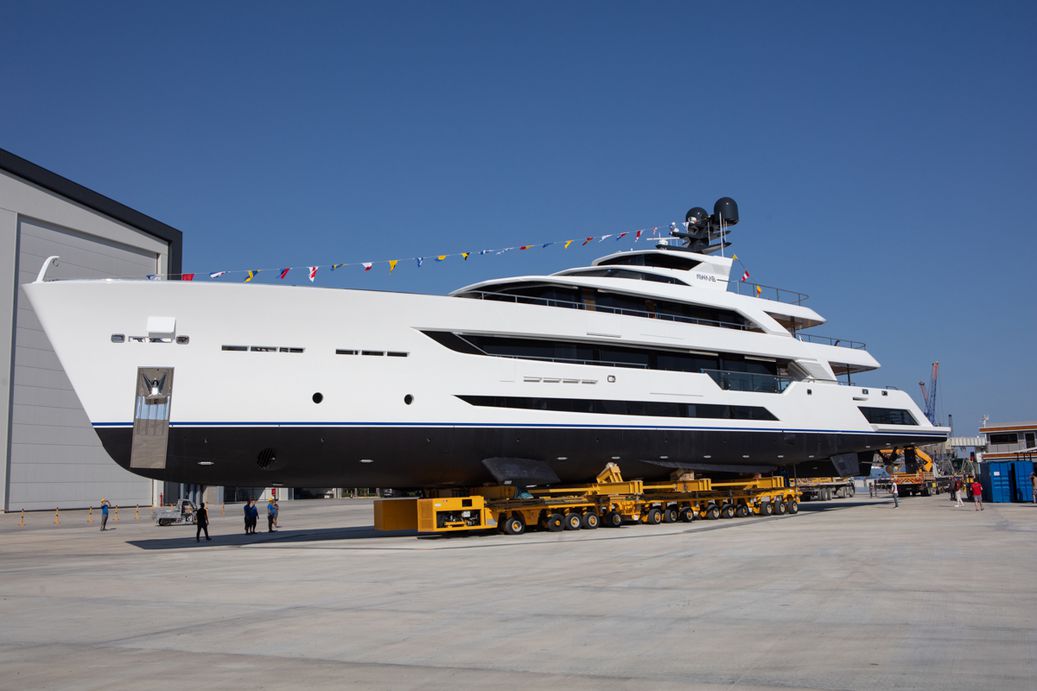 Alia Yachts in Turkey has launched the 180-foot Al Waab II, which is being heralded as the longest steel and aluminium yacht below 500 gross tons in the world.

“Yachts are getting longer and wider, but owners still want to stay below the 500-gross-ton mark,” Alia President Gökhan Çelik stated in a press release. “We’ve seen increasing interest in this kind of yacht, and so to be one of the first with such an impressive project is an important milestone for Alia.”

Al Waab II is the first superyacht to be launched from a new 2,000-ton lift that’s part of an investment the Antalya Free Zone made into yacht-building infrastructure. Other improvements include new hangars for superyacht construction and refit projects in the region.

The Al Waab II build was completed in about two years, including delays because of COVID-19. Notable design features include a split-level master stateroom on the upper deck, in addition to other staterooms for a total of 12 guests.

SF Yachts in Dubai served as the owner’s representative on the project.

After sea trials are completed, the yacht will be delivered to her owner, followed by a world debut in Cannes this September.