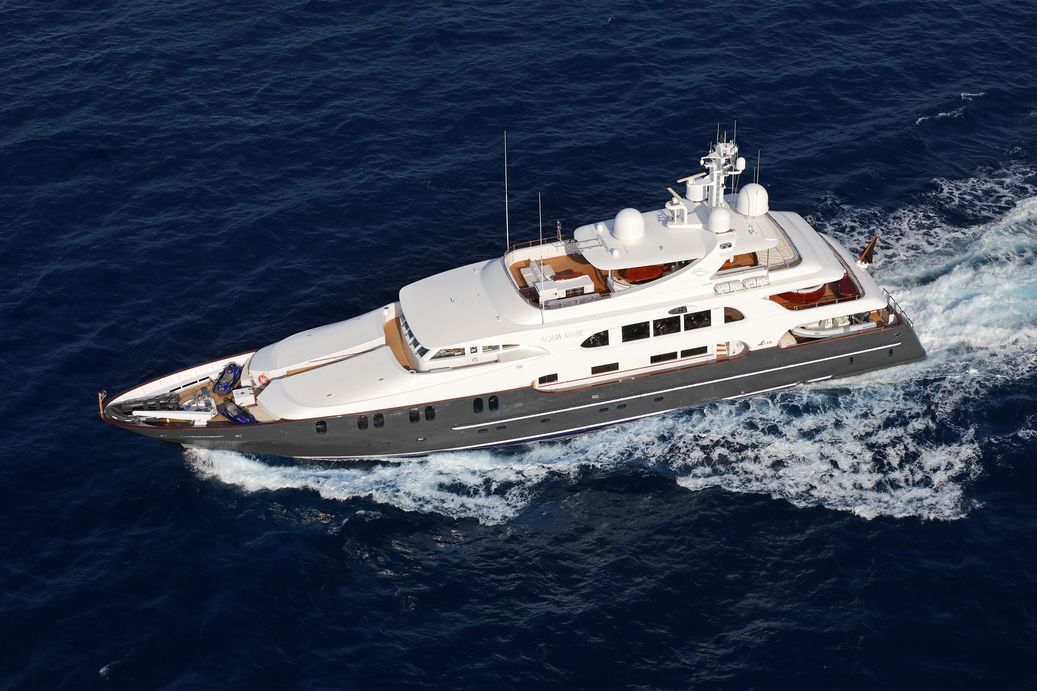 Aqua Expeditions, which specializes in offering charters in exotic locales such as the Amazon River, is expanding into the Galapagos Islands with the seven-stateroom Aqua Mare.

Aqua Mare will be the company’s fifth vessel, and will begin offering itineraries in May 2022. The 16 guests will be able to choose from seven- or 14-night itineraries with twice-daily expeditions ashore, in keeping with the islands’ strict protocols for limiting the number of people ashore at any given time.

“Ever since I left Ecuador in 2006 with the clarity to build my own business, I have wanted to return to the Galapagos Islands with our very own luxury expedition ship,” CEO and founder Francesco Galli Zugaro stated in a press release. “It has been 15 years since we ventured to Peru as a family and then onward to Asia to finally come full circle back to where it all started in the iconic destination that is the Enchanted Islands.”

Aqua Mare is a 164-foot CRN yacht with interiors by Francois Zuretti. According to Aqua Expeditions, the yacht’s 861-square-foot owner’s suite is the largest of its kind in the Galapagos charter market. Interior décor includes plates sourced in Bali, Indonesia, and 17th-century prints featuring local wildlife.

The yacht’s amenities include shaded and open decks, a six-person hot tub and an outdoor barbecue. The beach club has a hydraulically opening window that spans the yacht’s beam.

Aqua Mare will charter with 16 crew including two naturalist guides. Water toys will include snorkeling gear, kayaks and stand up paddleboards.