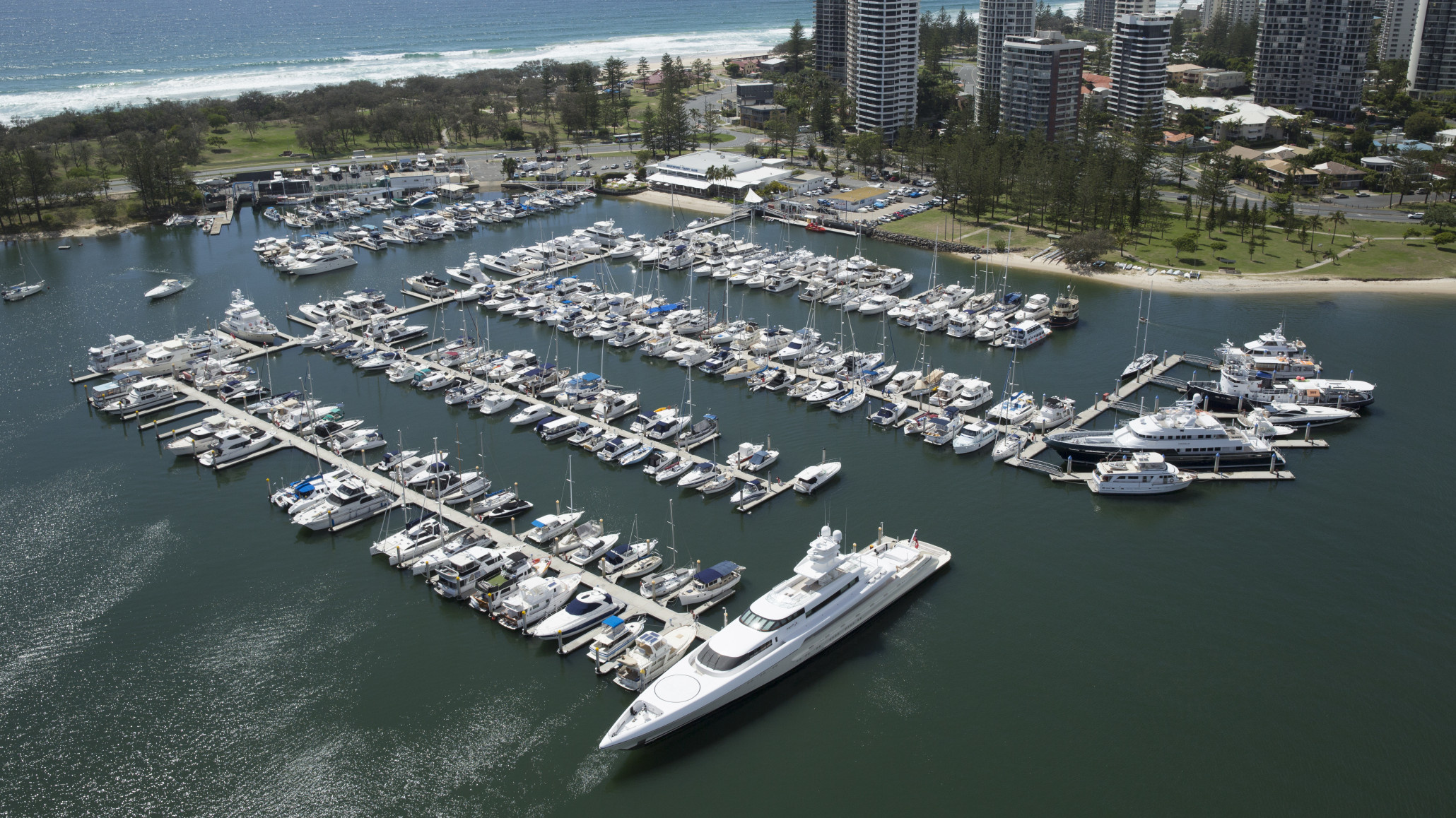 Ideally situated between Australia’s popular cruising grounds of Sydney and the Great Barrier Reef, the Gold Coast is a major hub for superyachts. A diverse destination to visit within itself – boasting long stretches of inviting sand beaches, lush hinterland and plenty of exciting activities – the Gold Coast is also home to some of Australia’s most important shipyard and marina facilities.

Another key piece of superyacht infrastructure is set to be unveiled tomorrow with the launch of Southport Yacht Club’s 160m megayacht berth. The eagerly anticipated project adds to the already stellar berthing facilities at Southport Yacht Club, placing superyachts within minutes of the Gold Coast’s top attractions.

The development is an integral part of the Queensland government’s Superyacht Strategy, as the Sunshine State cements its position as a superyacht hub for the Asia-Pacific. At 160-metres in length, the berth will accommodate vessels of up to 130-metres, or alternatively two large superyachts of around 70-metres. 600-amp power will also be available at the new jetty, enough to service the largest yachts in the country.

Multi-award-winning manufacturer, and local Gold Coast company, Superior Jetties has been responsible for the construction of this landmark infrastructure. Superior Jetties has also been involved in other important superyacht developments in Australia, notably with the recent upgrades of Sanctuary Cove Marina and The Boat Works.

Following the unveiling of the new megayacht berth, work will then be completed on the landscaping of the adjacent waterfront at Southport.

“Having the largest floating Megayacht berth in Australia with power to match this will make the Gold Coast the number one berthing destination,” Mark Riddell, Waterfront Manager of Southport Yacht Club, told Superyachts.com. “The location is an amazing drawcard for superyachts, with our world-famous beaches within walking distance, as well as the city’s theme parks, shopping malls, and restaurants just a stone’s throw away.”

The passing of new charter legislation in December 2019 has made Australia an enticing proposition for large international superyachts eager to explore the country’s diverse cruising grounds. Southport Yacht Club’s superyacht berth is a significant step in accommodating these larger vessels. The upcoming Australia InDepth documentary series will shine a light on country’s all-year-round cruising opportunities, as well as key superyacht infrastructure.