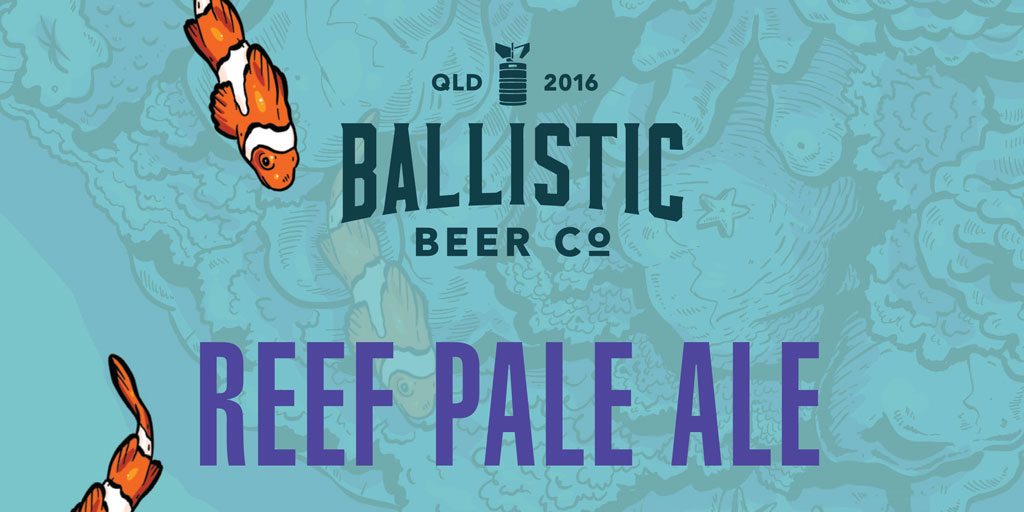 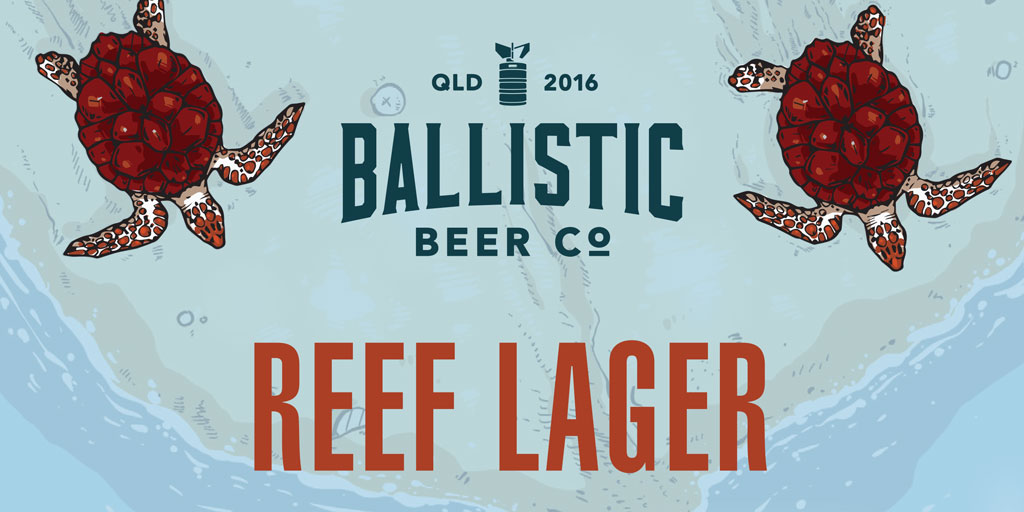 “I love the fact that people can enjoy a tasty beer while knowing their money is going to a good cause."

Ballistic Beer Co. has launched a new range of Reef beers, available exclusively in regional Queensland, which will help support restoration and research efforts along the length of Australia’s iconic Great Barrier Reef.

Created specially to suit the sultry Queensland coastal climate, Reef Lager and Reef Pale Ale were launched at Ballistic Whitsundays today. Ten cents from every can sold in The Whitsundays will be donated to local Airlie Beach charity, Eco Barge Clean Seas (EBCS).

Since July 2009, Eco Barge Clean Seas’ 1700 volunteers have removed more than 213,000 kilograms of harmful marine debris and litter from The Whitsundays Region. EBCS Founding Chair Libby Edge said the funds from Ballistic Whitsundays would be used to feed and medicate sick and injured turtles at The Whitsundays Turtle Rescue Centre.

“We are extremely grateful for this support, which will help alleviate the cost pressures of caring for these majestic creatures,” Ms Edge said. “I love the fact that people can enjoy a tasty beer while knowing their money is going to a good cause. With this partnership, Ballistic Beer Co is helping raise awareness of the harm caused by marine debris. It’s a very Queensland thing to do.”

Earlier this year, Ballistic Beer Co expanded its footprint beyond their Brisbane venues in Salisbury, West End and Springfield and merged with two regional craft breweries to create Ballistic Whitsundays and Ballistic Bargara, in Bundaberg.

“Regional communities are the beating heart of Queensland and we know that if we want to become Queensland’s favourite craft beer, we need to expand beyond Brisbane and support causes that are important to locals, like protecting the Reef. We’re excited about what the future holds and are looking at other opportunities along the Queensland coast,” Mr Kitchen said.

He said Reef Lager and Reef Pale Ale range would soon also be available at Ballistic Bargara, where ten cents from every bottle sold throughout Bundaberg venues will be donated to support a project that is committed to protecting the southernmost end of the Great Barrier Reef.

“We’re in talks with a number of local Bundaberg not-for-profit groups, organisations and businesses and hope to make a partnership announcement at Ballistic Bargara in the near future.”

Tourism Whitsundays Chief Executive Officer, Tash Wheeler said the new range of Reef beers were a refreshing addition to The Whitsundays Region and would go a long way to support The Whitsundays Turtle Rescue Centre.

“Ballistic Whitsundays has hit the ground running since opening in May. It is great to have another local business so passionate about supporting the restoration and research efforts of the Great Barrier Reef,” Ms Wheeler said.