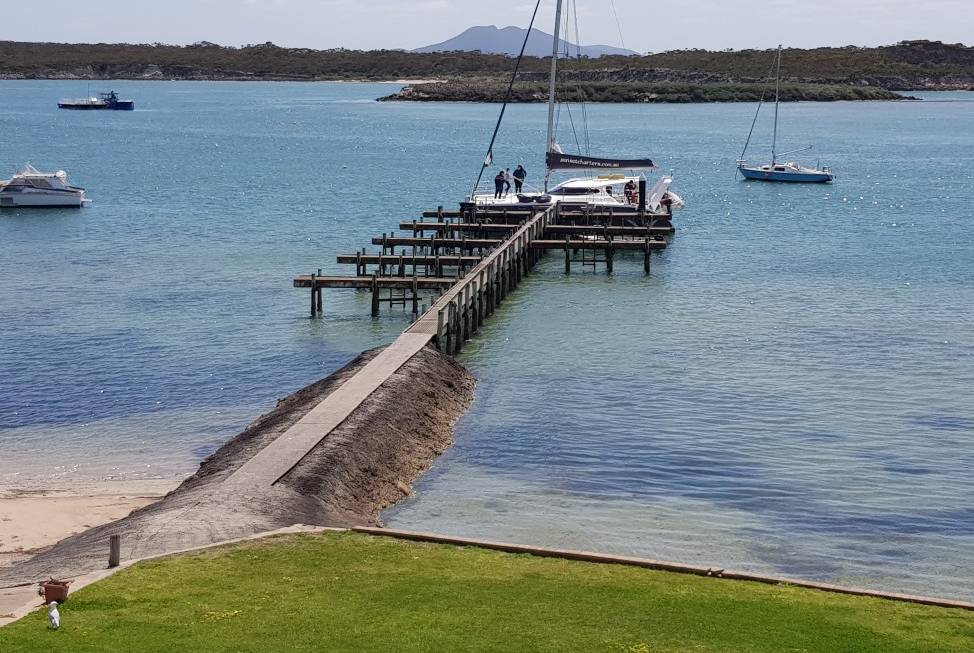 A new pontoon facility at Coffin Bay Yacht Club and a development strategy for Port Lincoln are two of the successful projects to receive money from the Building Better Regions Fund.

A member for Grey Rowan Ramsey has announced the Grey electorate would receive almost $10 million in funding for 10 projects under the BBRF fifth round. This includes $600,712 for the Coffin Bay Tourism Project and $20,000 for the Port Lincoln Economic Development and Investment Attraction Strategy.

Cleve Area School will be one of the biggest recipients with nearly $2.12 million to go towards its boarding school facility.

The Coffin Bay Tourism Project will see the Coffin Bay Yacht Club’s current jetty, which has reached the extent of its serviceable life, replaced with a state-of-the-art modern floating pontoon facility, able to accommodate up to 20 vessels.

Yacht club commodore Chris Stenson and vice commodore Kalo Sunset welcomed the news of the funding and said it would directly fund 70 per cent of the project. “This grant along with the significant contributions from the District Council of Lower Eyre Peninsula, Bendigo Bank Cummins Branch, private philanthropic donations and funds directly from the club will now complete the target funding for this project,” Mr Sunset said. “It will provide a significant benefit to recreational boating, commercial tourism and yacht club operations.”

Mr Stenson said the club thanked Mr Ramsey for his significant work behind the scenes in support of the project.

The Port Lincoln City Council has applauded news of the $20,000 funding for its strategy, which will allow for engagement with professional assessment to develop a five-year tactical strategy. The council’s chief executive officer Matthew Morgan said this would be the first economic development strategy for the city of Port Lincoln.

“What we would hope to achieve is tangible, clear actions that we can start implementing to support local economic development and identify key opportunities for investment and development in the city,” he said. “We’re very thankful to the federal government and to local Member for Grey Rowan Ramsey.”

However it was not all good news as the council was unsuccessful in its applications to obtain BBRF money to go towards its foreshore development or the creation of a new facility at the corner of Adelaide Place and Hallett Place which would include a combined cinema, visitor information centre and library.

Mr Morgan said while it was always disappointing when applications did not get up, the council understood there were many great projects from across the country put forward for funding.

He said the funds would have been a top up for the foreshore project, which was successful in obtaining $3.64 million from the South Australian Government’s Local Government Infrastructure Partnerships Program earlier this year.

As for the community facility project, Mr Morgan said it remained unfunded and the council would rethink its approach.

Mr Ramsey said he congratulated all successful projects across the Grey electorate, which had outperformed over a long period of time in attracting BBRF support.

“Since we came to government in 2013 more than $60 million has come to Grey,” he said. “That is a reflection of the diversity and opportunities in our regions, it’s passionate and highly motivated communities and the quality of the submissions. Well done to them.”

Under the BBRF fifth round the government has committed almost $300 million to support 295 projects across regional Australia.