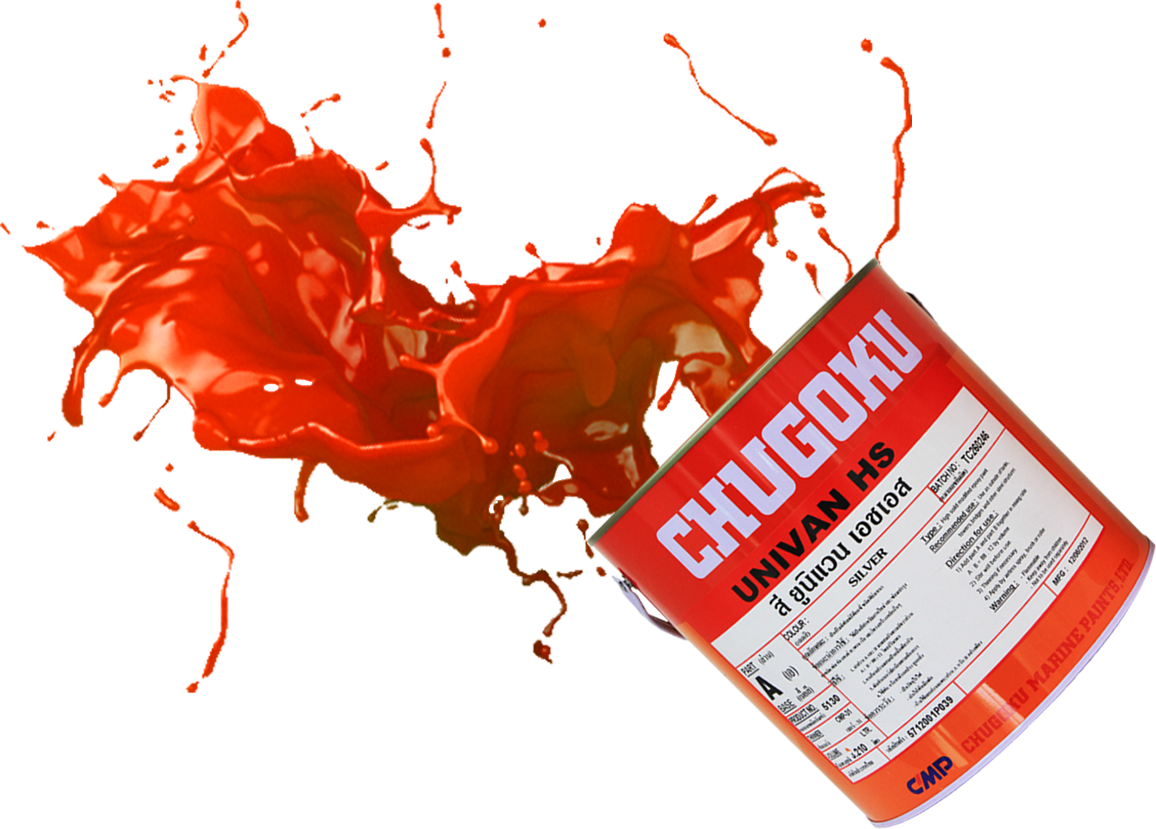 Japanese paint manufacturer, Chugoku Marine Paints (CMP) has developed innovative technology for more than a hundred years and has become a worldwide manufacturer and distributor of marine coatings for all types of vessels; from large ships of over 300,000 DWT to small yachts.

With premium antifouling solutions, it is CMP´s ambition to provide premium coatings that will contribute to reducing the environmental footprint from shipping.

As a result of good hull performance, vessels will be able to reduce their CO2 emissions.

Aiming towards decarbonisation in shipping, the IMO has adopted an Initial Strategy for reduction of Green House Gas (GHG) Emissions from ships.

To accelerate the decarbonisation of the marine industry, there has been pressure to do more to improve vessel efficiency. As a consequence, the IMO has developed two measures which will come into effect in January 2023; the EEXI (Energy Efficiency Existing Ship Index) and the CII (Carbon Intensity Indicator).

The new IMO regulation will apply to all ocean-going ships over 400 GT. All ships will be categorised and given an efficiency index number that they will need to achieve. Required EEXI is decided according to EEDI reference line or result of in-service performance measurement. Reportedly an estimated number of 30,000 ships may have to be issued with new International Energy Efficiency Certificates (IEEC) by their first annual, intermediate or renewal survey after January 2023. Possibly half of these vessels may require measures such as engine
power limitation to comply with the EEXI requirements.

CII will become mandatory as an operational measure for all vessels over 5,000 GT from 2023. The ships will be classified into five different grades based upon evaluation and the CO2 reduction target will become more stringent year by year. If the ship is rated E or D for three consecutive years, ships would have to submit a corrective action plan called Ship Energy Efficiency Management Plan (SEEMP).

More than half of the worldwide existing ships might need to reduce average operational speed to be graded higher than C of the CII score. At the same time, tropical water areas with high risk of biofouling is expanding due to warming waters, meaning that ships could be facing higher risk of biofouling on the hull. By reducing a vessel´s speed to keep a good CII score, the hull fouling risk can be presumed to increase.

These coating systems have been applied to over 5000 vessels and have proven highly efficient during the past 11 years. SEAFLO NEO CF PREMIUM, the latest in the line of premium antifouling with ultralow friction technology offered by CMP, has now proven 5 years’ track records on an MR tanker and three large size containerships.

The MR tanker operated for 63 months with an average speed of 12 knots and 59% activity. During its 5 years operation, the hull was never cleaned while the vessel spent time both idling and operating in high risk areas for fouling and had a low activity period of less than 27% over 4 months. However, during hull inspections, no fouling was observed. Consequently, a reduction of 9,450 ton CO2 emission was achieved over the 5-year period.

The first 8900 TEU containership moved at an average speed of 17 knots and had an average activity of 78%. Because of the impressive hull performance, this vessel was able to achieve 16.5% in fuel savings and reduce its emissions by 85,500 ton CO2 compared to market average antifouling products in use over 60 months. The ship had no hull cleaning during operation, and impressed with zero speed loss over 60 months, due to excellent hull conditions, according to ISO 19030.

The second 8800 TEU containership and the third 8000 TEU containership, successfully docked in June 2021 and in September 2021 after 60 months operations, respectively, without any fouling on the hull. CMP guarantees maximum 1.4% average speed loss using 60 months antifouling system based upon in-service measurement of ISO 19030 in CMP-MAP service using big data and ship performance analysis. SEAFLO NEO CF PREMIUM was innovated with the combination of the high performing antifouling technology; Selektope®, cross-linked zinc acrylate polymer in 2015. Currently 65 new building ships have been coated with the product and it has been applied to 196 repair ships, including test applications, during dry docking until August 2021. The product is available for all types of ocean-going vessels.

CMP’s premium antifouling systems can contribute to improve the requirements of EEXI and CII as well as reducing CO2 emissions worldwide.