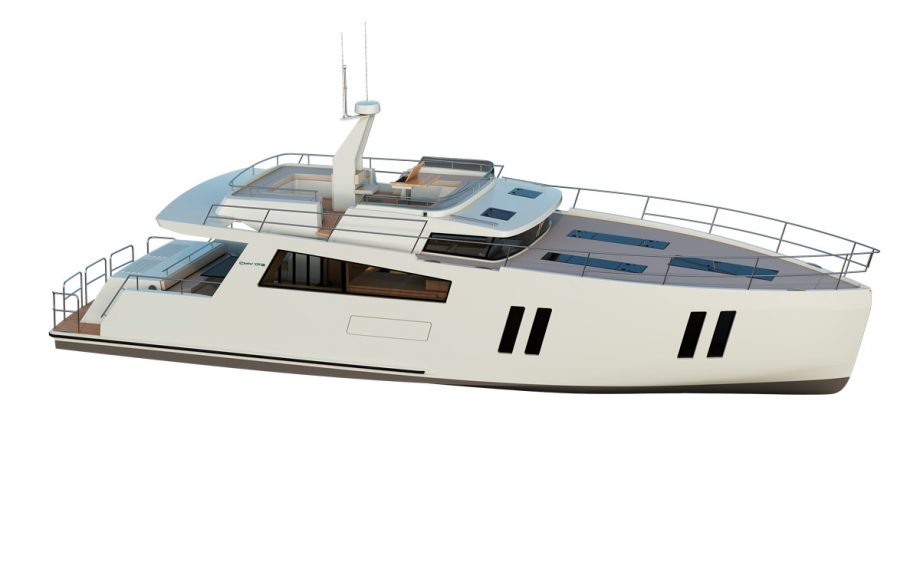 The CMY 173’s side decks are at flybridge level 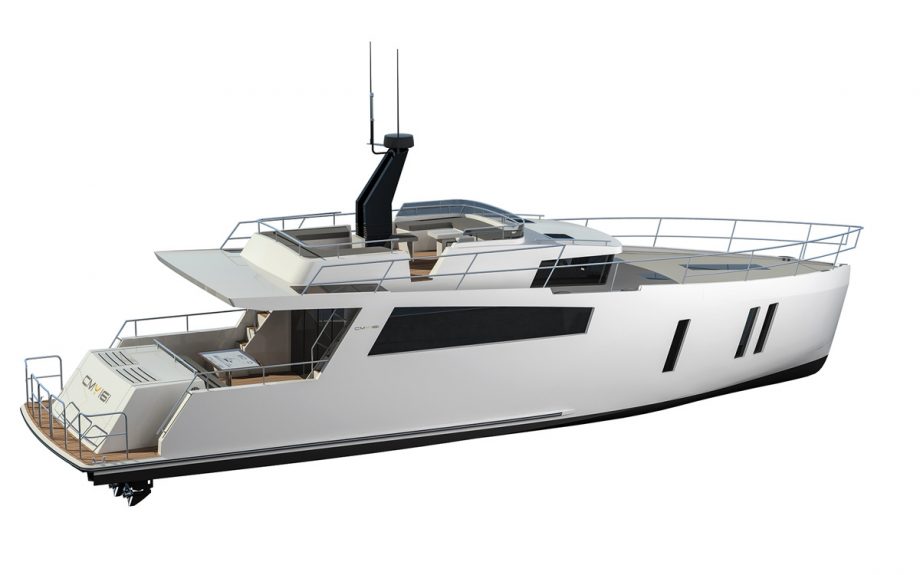 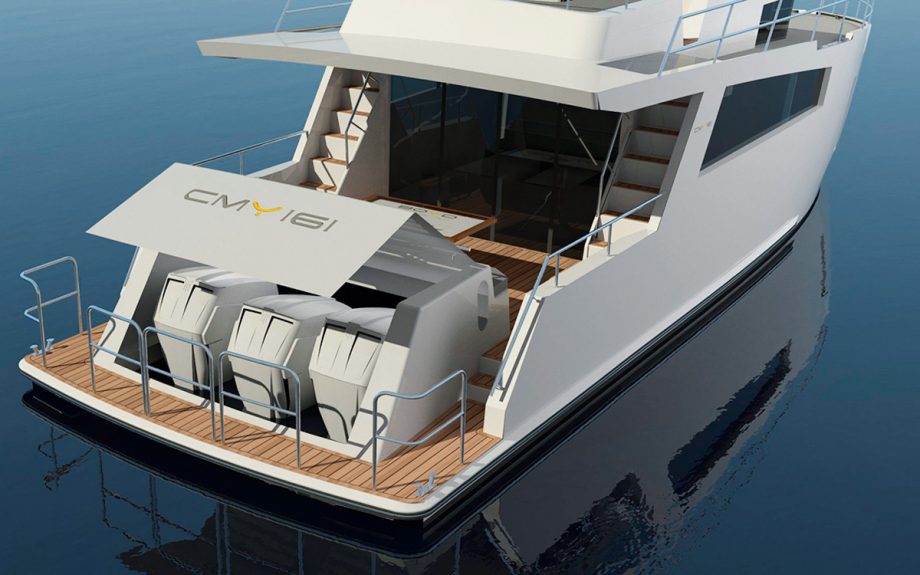 The CMY161 and CMY173 measure 53ft and 57ft respectively and feature striking angular styling, with an unusual raised pilothouse design. But it’s what’s hiding under the transom locker that differentiates them from every other competitor on the market – triple 300hp diesel outboard engines.

There are several claimed benefits to the use of diesel outboards when applied to designs of this size. For a start there is no conventional engine-room space, which not only makes the boats cheaper and quicker to build, but also means there’s more usable space for lower-deck accommodation. Plus diesel outboards are much more efficient than petrol ones when operating under the high loading conditions of a big, heavy boat.

The engines themselves are being supplied by OXE, which developed its range of 125-300hp diesel outboard engines primarily for commercial craft that prioritise reliability and running costs over outright performance. Its top of the range 300hp L6 diesel outboard is based on a marine version of BMW’s 3.0-litre six-cylinder car engine. In this application it is tuned to deliver a hefty 500Nm of torque at just 1000rpm and a maximum 680Nm at only 1750rpm.

Compact Mega Yachts’ designers are predicting a top speed of around 27 knots for both the CMY161 and CMY173 using all three engines, with fast-cruising speeds in the mid-20s. However, at a displacement speed of 7.5 knots, using just one engine, it will sip a mere one litre per mile, less than most sports boats half its size.

If its predictions are correct this will mean a potential range of 3000nm from its 3000-litre tank capacity. An adaptive onboard control system will decide automatically whether to run one, two or three engines for the conditions and speed selected.

It will also decide which engines to run when, in order to balance the engine hours evenly between the engines, although the skipper can override this manually when needed. Whenever an engine is not being used it will be lifted clear of the water to minimise drag and fouling build-up.

Both models will be built using the same tooling and feature much the same layout on the main deck for the saloon and galley; the big difference is at the forward end of the lower deck. The shorter model features two double cabins: the owner’s suite in the bow and a twin-bed guest cabin amidships with a separate shower room. The slightly longer 173 manages to squeeze in a third cabin.

Another unusual feature of both craft is the full-beam main saloon, which extends across the full 4.8m (15ft 9in) width of the boat by pushing the side decks up to flybridge level. The super-spacious forward owner’s cabin has been made possible by raising the interior helm onto its own separate bridge deck.

Although work has not yet commenced on the first boat, two potential clients are said to be at advanced stages of negotiation and the company’s management team confidently expects to see the first boat afloat by summer 2022.

The boats are to be built in Finland by Ocean Quality Systems (OQS), a contract builder based on the north-west coast town of Pietarsaari (aka Jakobstad), best known as the home of top-end sailing yacht builders Nautor’s Swan and Baltic. Many of the OQS team of contractors have worked for one or both of those yards.

Certainly an interesting concept that we look forward to seeing in action. CMY plan to execute a real first for a boat of this size.