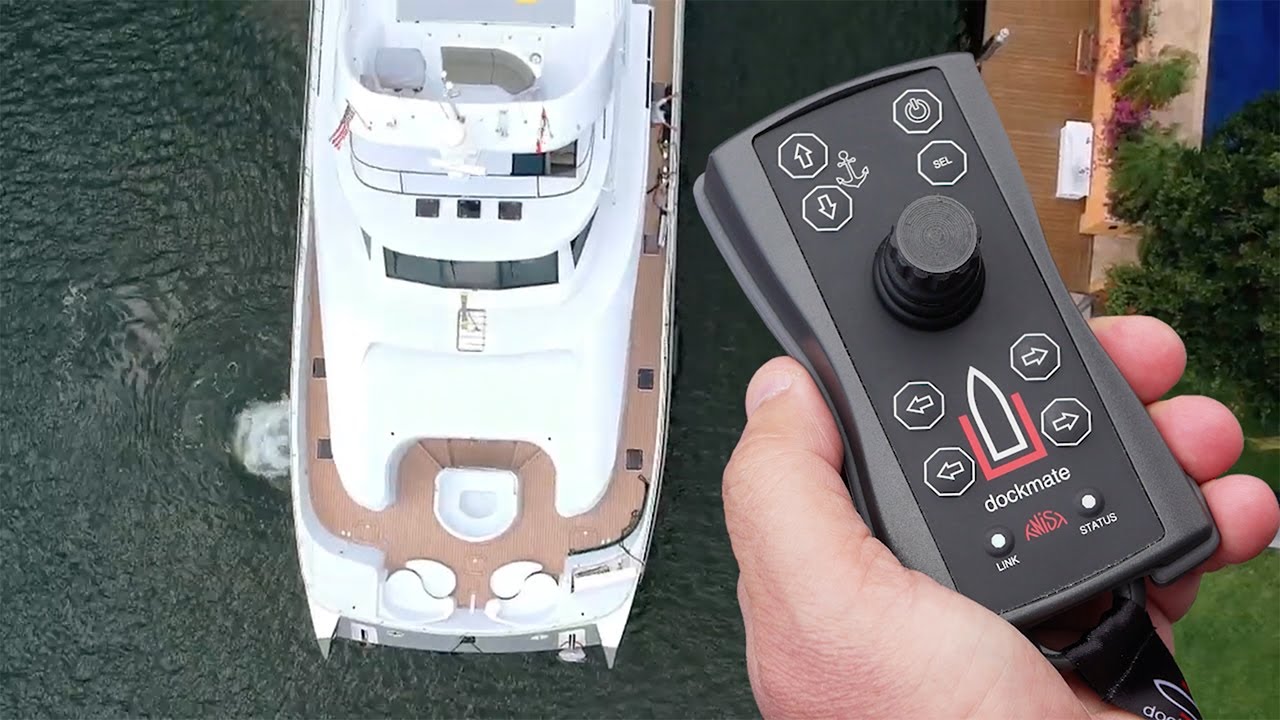 Dockmate continues to improve with all new functionality and features

The Dockmate Engine Universal Speed Control Interface also enables smooth, fully proportional and variable speed throttle control on a wide variety of analogue engine controls. This type of engine throttle control allows the user to increase the engine RPMs to have a greater and safer amount of control of the boat in a marina when there is current or wind and idle speed is simply not enough to properly manoeuvre the vessel.

In addition, Dockmate has expanded support for its Slow Mode software option. For most applications a yacht’s idle speed is easy to manage, but for manoeuvring in exceptionally crowded harbours, boats with powerful engines are often fitted with some kind of slow mode feature for greater control at low speeds. Rexroth and MAN use trolling, Caterpillar’s SPM reduces the engine RPMs, and Volvo Penta’s Low Speed mode uses a combination of both. Dockmate’s Slow Mode software option enables users to activate and deactivate the boat’s respective slow mode.

“We are continuously working with engine and thruster control manufacturers to add new compatibilities and capabilities to our system and as engine manufacturers add functionality, we update our system to capitalise on this innovation,” said Dirk Illegems, president, Dockmate. “The entire purpose of the Dockmate system is to provide the ultimate confidence in your manoeuvering skills. The new Slow Mode gives you just a little more control, exactly when you need it.”

Each Dockmate Receiver integrates the proprietary communications protocol DockLink – an infinitely superior, state-of-the-art two-way FHSS (Frequency Hopping Spread Spectrum) communication with handshake and GFSK (FM) modulation on the 868 MHz frequency band in Europe. FHSS means that every Dockmate system uses a unique set of six channels in the entire band of 71 channels, and rotates through more than six channels a second, virtually eliminating any possible chance of interference. The Dockmate signal reaches up to 50 metres, which is by far the longest range in the industry and does not require an expensive range repeater on larger vessels, like competitive products.

With two-way communication between the remote (transmitter) and the Receiver, the Dockmate system ensures the operator is always aware of communication status. In the unlikely event that the signal is lost, the Dockmate remote control transmitter will sound three alarms: audible (buzzer), visual (flashing light) and tactile (vibration).

With the recently released Dockmate Cradle fixed-mount, wireless charging pad, users no longer have to choose between a fixed joystick or a remote control. The combination of the Dockmate TWIST joystick remote and the new Dockmate Cradle enables a cutting-edge feature: Fixed Joystick Mode. Once the TWIST joystick remote is placed in the Cradle, it can be used just like any other third-party joystick docking system. The true innovation is that by taking the remote out of its Cradle, users immediately have the flexibility of a wireless remote control. This gives users incredible savings, both in cost and helm space, as the Cradle only takes up about 20 cm by 8cm of surface mounting space for a tidier bridge station. Additionally, when users are not using their Dockmate, the Dockmate Cradle can be used to charge a Qi compatible smartphone.