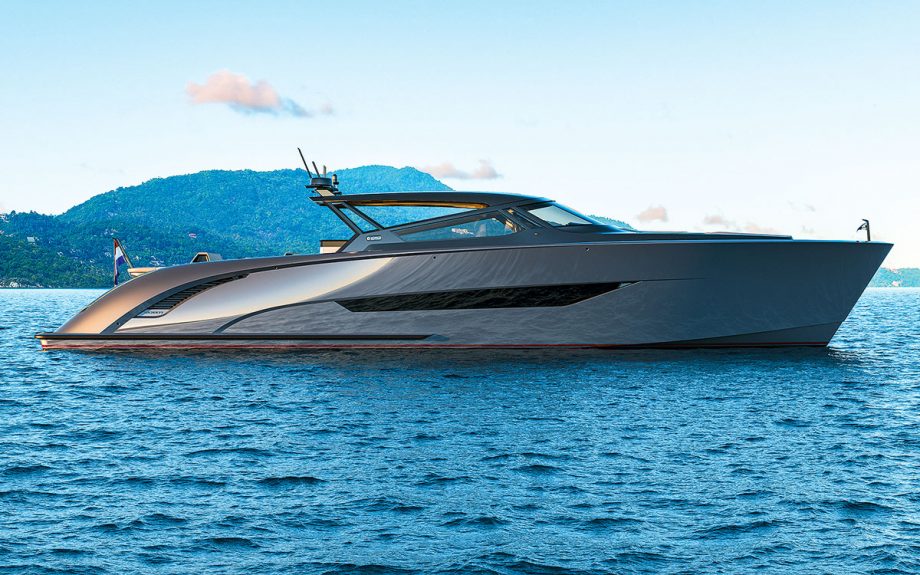 Day boat specialist Wajer has launched its biggest ever boat, the Wajer 77. The flagship joins the 37 and 55 in the range of curvaceous day cruisers.

Built by the yard’s new big-yacht division in Lemmer, Friesland, this all-aluminium model is powered by triple 900hp Volvo Penta IPS1200s as standard for a claimed top speed of 37 knots.

A walkaround layout provides dining areas, sunpads and sofas aplenty fore and aft protected by a large hardtop with or without sunroofs and a massive wraparound windshield.

Accommodation can be customised to suit but the standard proposal consists of a starboard-side galley and three ensuite cabins – double owner’s cabin amidships, a VIP double in the bow and a twin-bunk between.

There’s also a single crew cabin just forward of the engine-room, although the Wajer 77 is primarily intended to be an owner-driver model.

Despite this being one of the largest open day boats currently in build, Wajer claims to have sold 15 of them prior to the first boat splashing in July, with more sales following since then, according to Wajer’s marketing manager Roderik de Maar.

For those unfamiliar with the brand, Wajer is the owning family’s surname, pronounced ‘vyer’.