"Humminbird is an important part of the city’s history, and the same pioneering spirit that started the company is still alive today" 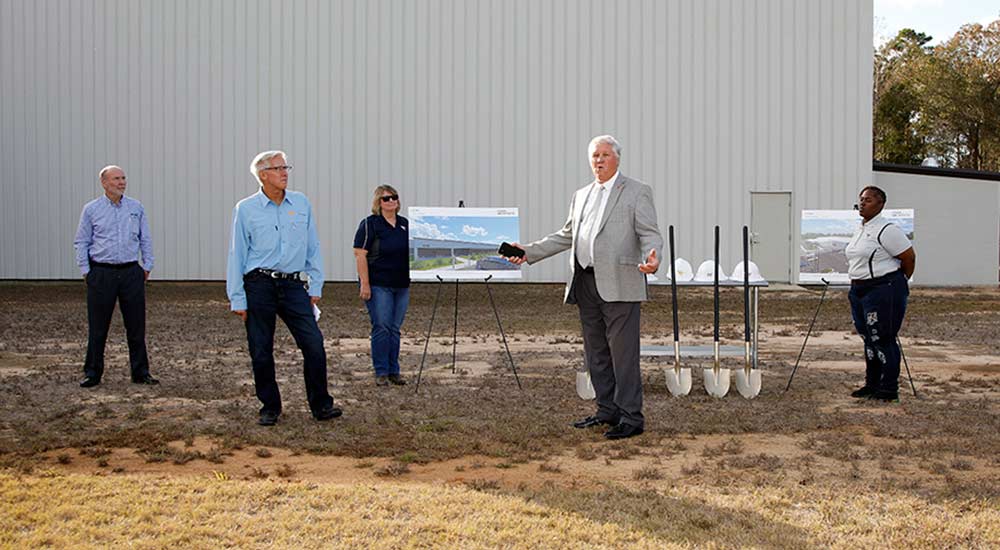 Humminbird, a leading global innovator of marine electronics products, is beginning construction to expand its Eufaula facilities to meet ongoing strong demand for its technologies. The expansion project will increase the production and assembly areas by 25 percent and is scheduled to be completed in late 2022.

“Participation in fishing has always been high, and it’s even higher now because on-the-water recreation affords people the space and tranquility they want right now. Over the last six years, Humminbird has seen tremendous growth and we expect it to continue to grow,” said Craig Packard, General Manager.

“We are both proud and excited for this expansion, and we appreciate the investment and new jobs that have been created. We wish the company continued success in the future,” added Mayor Tibbs.

The multimillion-dollar 29,000 square-foot expansion project includes the installation of solar rooftop panels as well as four EV charging stations in the parking areas. This project follows a 17,000-square foot addition, which increased the warehouse space by 40 percent, that was recently completed in May 2021.

The groundbreaking ceremony for this expansion project took place on Dec. 15, 2021, and speakers included: Mayor Jack Tibbs, Eufaula; Jay Bostwick, Sperry & Associates, Inc.; and Craig Packard, Humminbird General Manager. Employees are a major part of Humminbird’s success, and Pattie Smith, an employee who has been with the company for 45 years, and Shantrice Brinson, one of the newest employees added as part of a major workforce expansion in 2021, also participated in the groundbreaking ceremony.