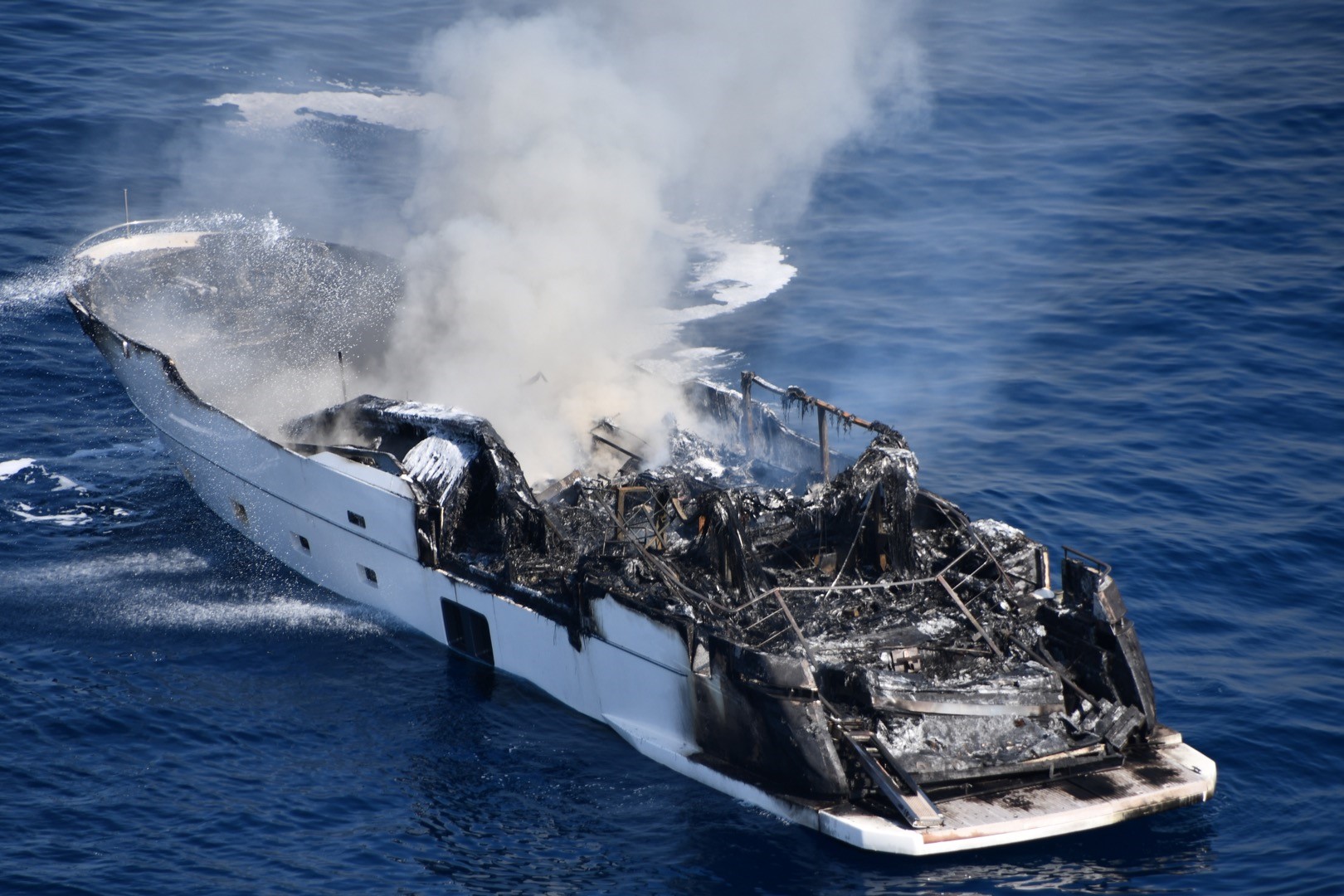 The cause of the blaze is yet to be determined

Distressing news from the South of France this week, as the 29m Sanlorenzo yacht Reine d’Azur caught fire during a charter trip off the Îles d’Hyères in France. The fire broke out at around 4.30am on 11 August and was brought under control at around 10.15am, according to officials report.

The Préfecture maritime de la Méditerranée confirmed the fire was then finally extinguished at 1pm. Local reports say that seven guests and three crew were on board at the time of the fire and were successfully evacuated to the joy of locals and news reporters alike.

The cause of the fire has yet to be determined. Local news channels have reported that due to the fire, the yacht slipped its anchor and drifted towards the Ile du Levant. A towing operation was then engaged in order to move the vessel away from the coast.

Maritime rescue teams have prevented the vessel from sinking by employing a number of flotation devices in an effort to prevent pollution from entering the water.