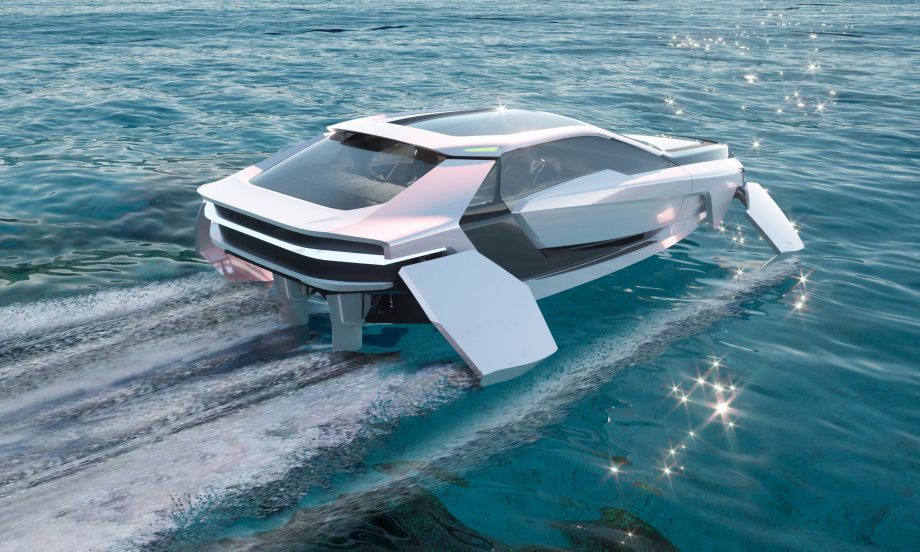 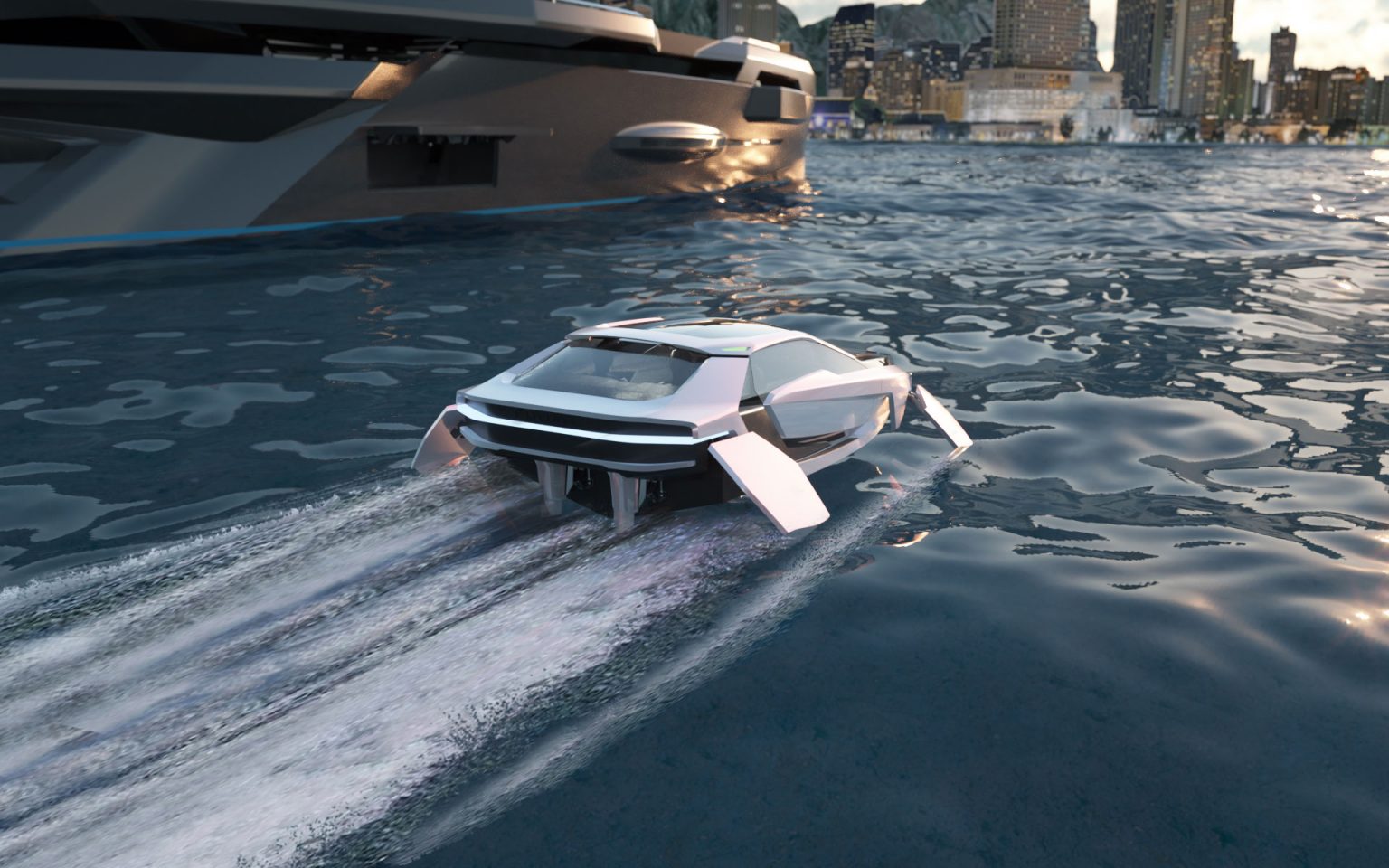 Futur-E's design is reminiscent of a supercar on the water

The Futur-E promises to be an immensely stable all-electric foiling runabout with sports car looks and up-to-the-minute technology. The Futur-E is certainly an eye catching concept with potential for real world application.

Like the suspension set up on a state-of-the-art Formula 1 car, the model’s ‘Foil Integrated Kinematic System’ will be able to simultaneously manage how far the four independently adjusted foiling legs extend and their angle of attack, which will keep the vessel’s attitude optimal.

Much work is said to have gone into virtual tank testing this design using the latest CFD (computational fluid dynamics) technology.

The result promises an immensely stable ride, even at top speeds over the sort of chops that would slow conventional hull designs. And when those legs are neatly folded away underneath, she will still work as a conventional hull for berthing or when the weather becomes too rough to foil safely.

At eight knots the foils begin to lift the hull and at 16 knots they will be in full-flight mode, which means minimal drag. Handling is expected to be electric in every sense.

Externally she looks more like a big car than a boat, albeit one big enough for a sun bed on the bonnet. In profile the roof line and rear buttresses are rather reminiscent of an iconic ‘80s Audi Quattro, but then those gullwing doors on the Coupe version are more obviously Lamborghini.

At this stage the design, which comes from Italian studio Centrostiledesign comes without spec baggage, so no quoted pre-determined length, beam or even kW-hours, just the designers’ well-earned reputations that underscore the fact that this can be brought to life for the right clients. Maximum speeds of around 30 knots have been suggested and the LOA appears to be around 25-30ft.

Sustainability credentials don’t come much better currently either. The Futur-E should have no environmental impact operationally – zero CO2 emissions, zero motor noise, zero waves. The hull and appendages could also be laminated with 100% recycled carbon fibre.

This interesting all electric concept could be a plausible real world option for any owner of a larger vessel keeping the environment in mind. An interesting concept idea for sure, as the marine industry looks to move towards a greener future.