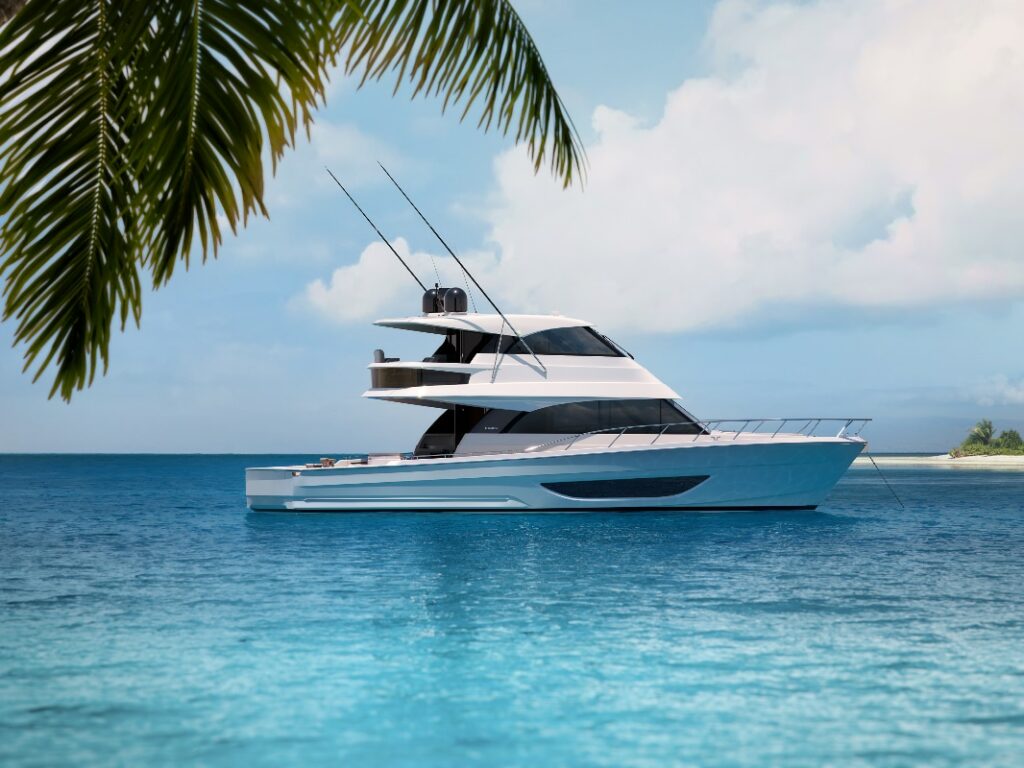 A New Generation: The M600 is the first in a new series for Maritimo 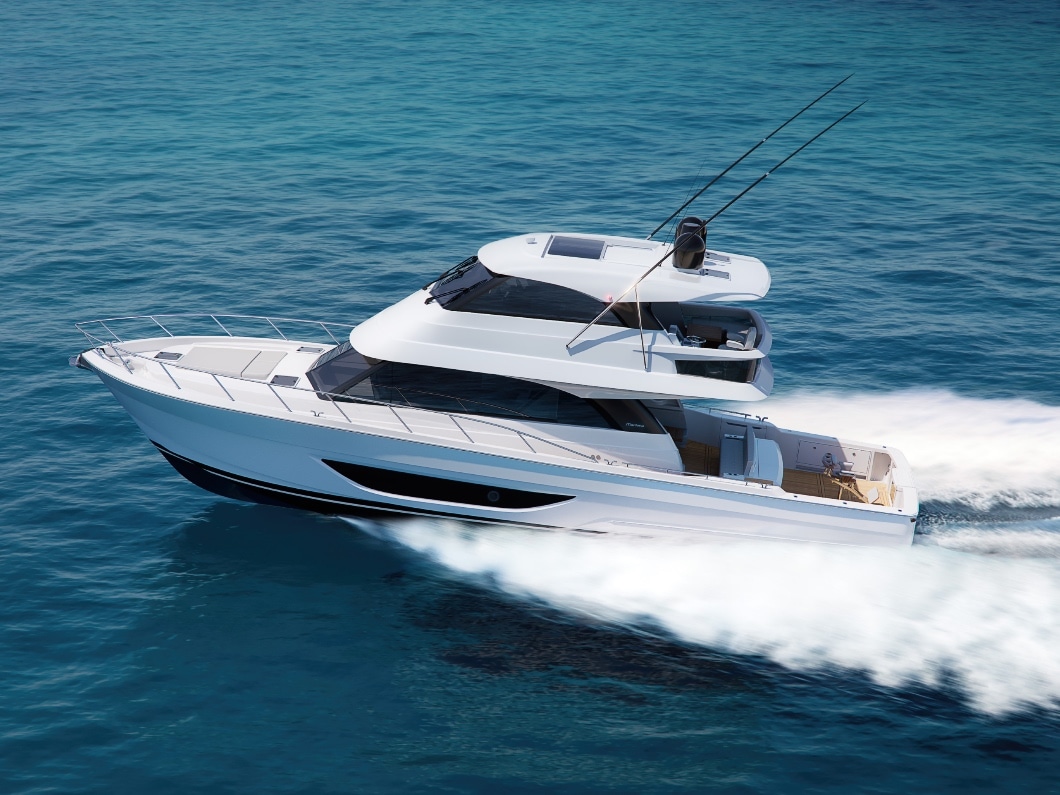 Performance at it's core: The M600 is uniquely Maritimo 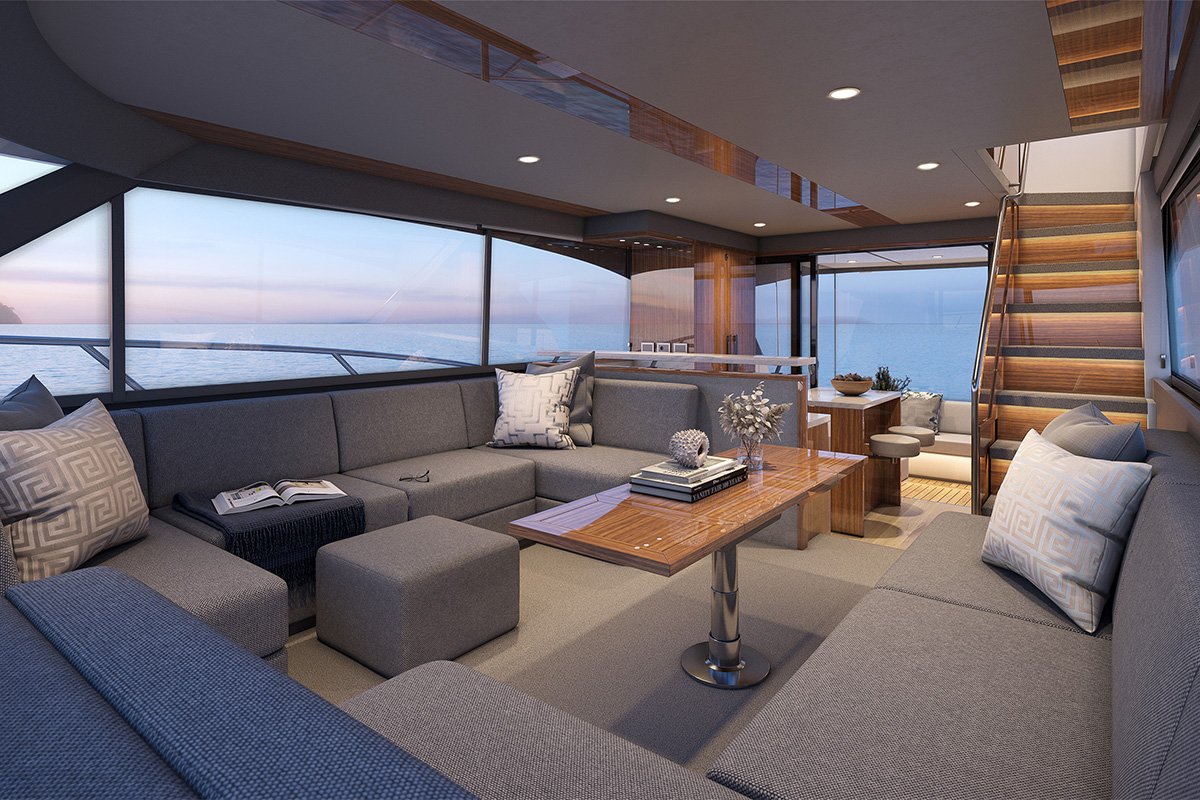 Luxury above and below, inside and out 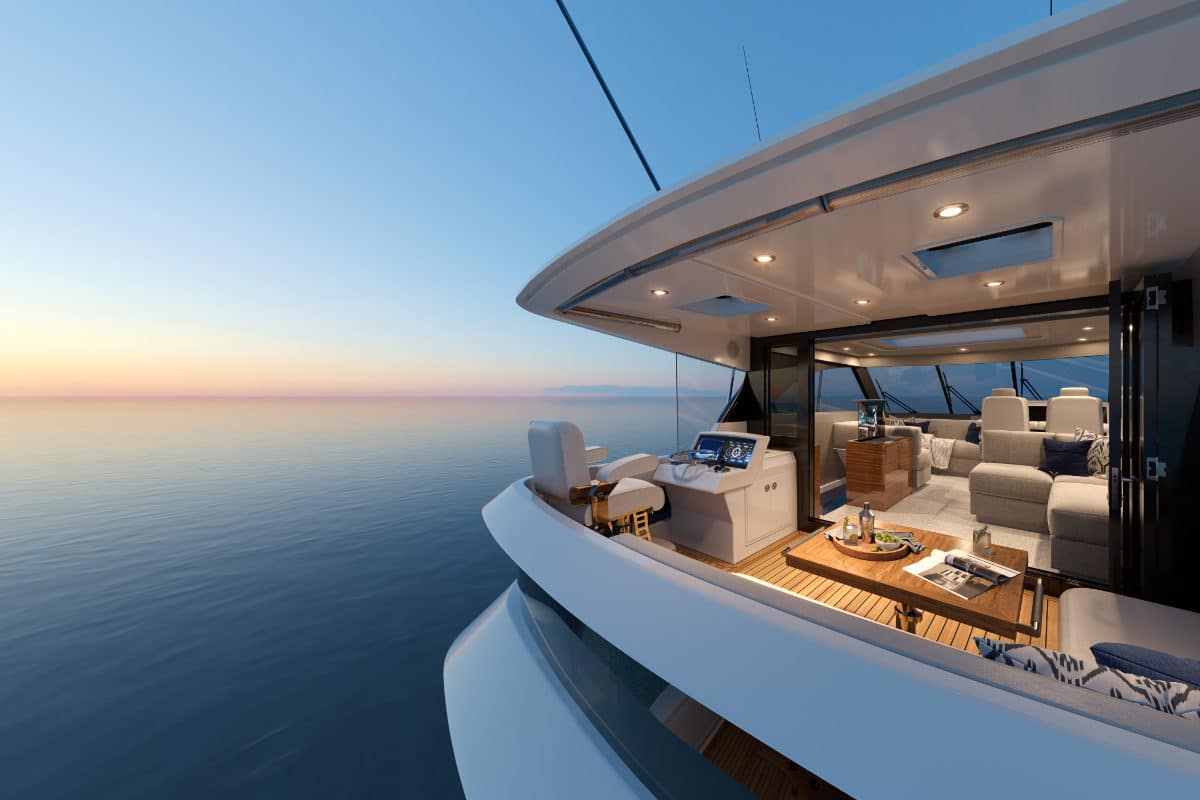 Cruise and relax: The M600 Skylounge is both luxurious and comfortable

The M600 is the complete package and will have broad appeal both as a state-of-the-art fishing platform, with its specialty open water fishing attributes, or a long range, high volume, luxury motor yacht capable of inter-continental passage making.

The overall design has been meticulously thought out with fishing functionality front of mind, but it is not restricted to that pursuit and the offshore motor yacht can be purposely optioned to suit anyone’s needs or desires. The remarkable new offshore cockpit with enclosed transom makes the M600 Offshore ideal for those with varying fishing interests or any that embrace the encapsulated deck space with solid separation to the sea.

The aft deck space offers two distinct cockpit areas; the upper lounging and entertaining cockpit which is sheltered from the elements by the extensive moulded flybridge headliner, and the offshore cockpit; a carefully designed open deck space with heavy consideration of fishing functionality.

In terms of performance the M600 is uniquely Maritimo. The variable deadrise hull with deep keel, sharp bow entry and flattened progression aft has been focused on offshore cruising performance, comfort and stability.

Cruising efficiency and capacity meld to give the M600 incredible long-range capability with the M600’s 4550 litre (1200 US Gal) fuel capacity. Three fuel tanks are positioned strategically to keep weight as low as possible in the hull adding to stability.

In addition to its race bred performance, superior engineering and robust design the M600 also provides levels of luxury and live-aboard practicality which will resonate with discerning owners and their families.

“Features such as the enclosed climate controlled flybridge skylounge, internal flybridge stairs, aft galley, walk around side decks and highly practical and well thought out deck spaces have set the standard internationally for modern motor yacht design,” Barry-Cotter goes on to say.

With the expansive aft entertaining and offshore cockpit seamlessly connected via either sliding or bi-fold doors to the traditional Maritimo aft galley, the M600 is an entertainer’s dream. The aft galley, with its residential proportions, connects the upper cockpit deck with the enormous saloon lounging area. Injecting light and air to the saloon and flybridge is the option of Maritimo’s unique two stage vista sliding windows which transform the areas into an indoor/outdoor escape.

The M600 skylounge is a luxuriously appointed, lifestyle and living environment dedicated to cruising and relaxing in comfort. it incorporates a pair of lounging areas which can easily convert into additional berths. Beyond the aft bi-fold doors is an immense deck space that can be optioned for further alfresco lounging as well as a rear fishing helm station.

This expansive area also features coverage from the elements with a fully moulded hardtop, opening skylights and more options for concealed roll down clears or breezeway.

“Below decks we have gone to incredible efforts in creating free flowing spaces that best utilise the hull’s enormous volume, maximising height and minimising the number of steps in the floors and the ceilings,” said Barry-Cotter.

“The M600’s three staterooms feel like they could be within vessel’s much larger in size, thanks to the interior’s innovative floorplan meld with the high volume hull”.

“We are beyond excited with the new Maritimo Offshore Series and where this series will lead our brand”.

The M600 Offshore Motor Yacht will have its global premier later this year. The exciting genesis of this new line of offshore motor yachts from Maritimo is something we feel particularly excited about, and we are intrigued as to what the future may bring.