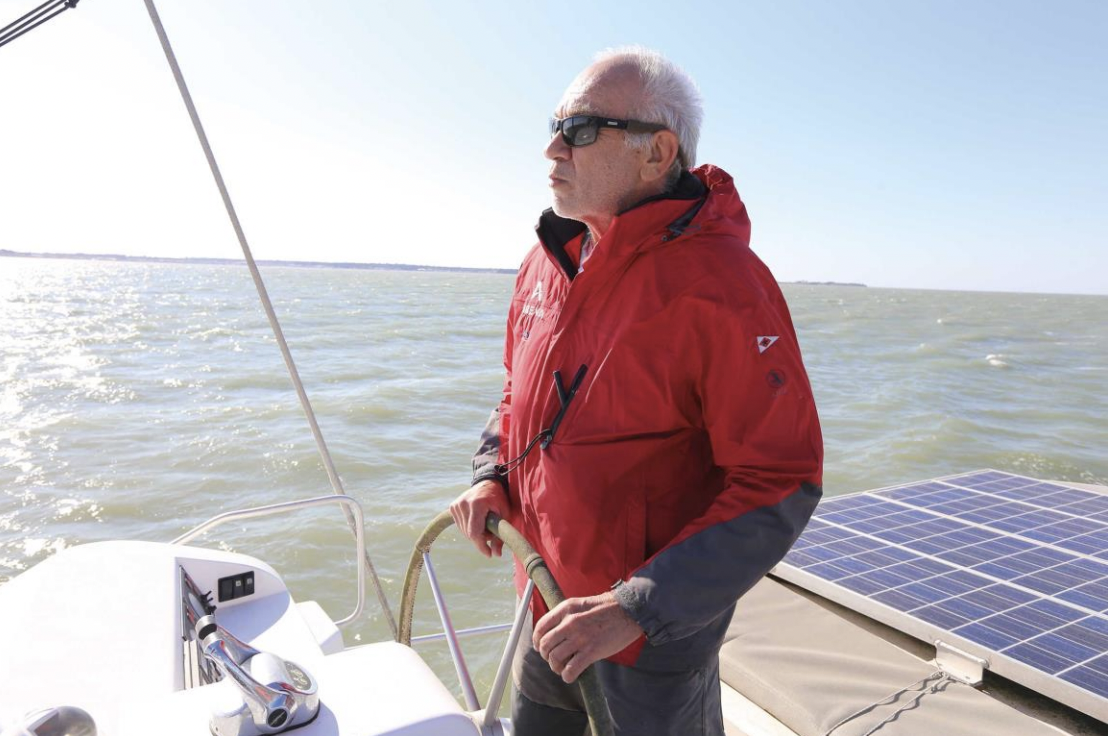 Bernard Nivelt is an internationally renowned architect considered one of the best architects of his time, he is also recognised as a great sailor. Long associated with the late Michel Joubert, they drew the plans of many famous pleasure yachts, racing trimarans and travel boats, as well as the plans for the Swift Trawler. NEEL-TRIMARANS called upon this brilliant architect, without hesitation and in total confidence, to design the company’s new range of engine powered trimarans.

In December of 2020 Bernard decided to purchase a LEEN 56 for his own use, and NEEL-TRIMARANS saw this as a perfect opportunity to catch up with the esteemed architect after his purchase.

Why did you choose to buy a LEEN 56? : At the beginning of our association, Michel Joubert built a small racing boat for himself to test a new idea. Personal involvement has always been in the DNA of Joubert – Nivelt. Whenever we wanted to think outside the box, we did not hesitate to become personally involved. Several racing prototypes followed, then some rather special cruising boats: the JNP catamaran, the Santorini motor catamaran, Michel’s Marguerite motor sailor.

The purchase of the LEEN 56 is an extension of this philosophy. The LEEN meets the specifications I had set for my future boat. I intend to test several options: electric propulsion, hydrogen fuel cell, foils. I hope sailing on a LEEN 56 will help promote this new range. If the architect chooses for his boat a model he has designed and is satisfied with, it will reassure future owners!

What do you mean to do with the 56 now that you are an owner? : I have decided to make it my main residence. The boat offers a large enough living space to live comfortably full time. I will be able to change my environment as I wish.

What are the advantages of a LEEN compared to other models of this size? : In terms of comfort at sea, the trimaran represents a good compromise between a monohull and a catamaran. Moreover, the drag will be very close to that of a catamaran, hence a low consumption at medium speed and a large autonomy.

What would you say to someone who is hesitating between a LEEN and another motor model? : It all depends on the programme: a multihull offers a very comfortable living space, a large range at cruising speeds, but it can be more difficult to fit it into a marina, even if these tend to be reconfigured and fitted out to accommodate multihulls.

How do you manage the double cap, architect and client of a LEEN trimaran? : As I’m at the end of my career, I don’t intend to design competing boats in other yards, as this would put me at odds with LEEN TRIMARANS. Moreover, I have a lot of pleasure working with the whole team.

An interesting insight here into the mind of not only a LEEN owner but a LEEN architect and designer also, the 56 a niche but evolutionary model in their lineup.