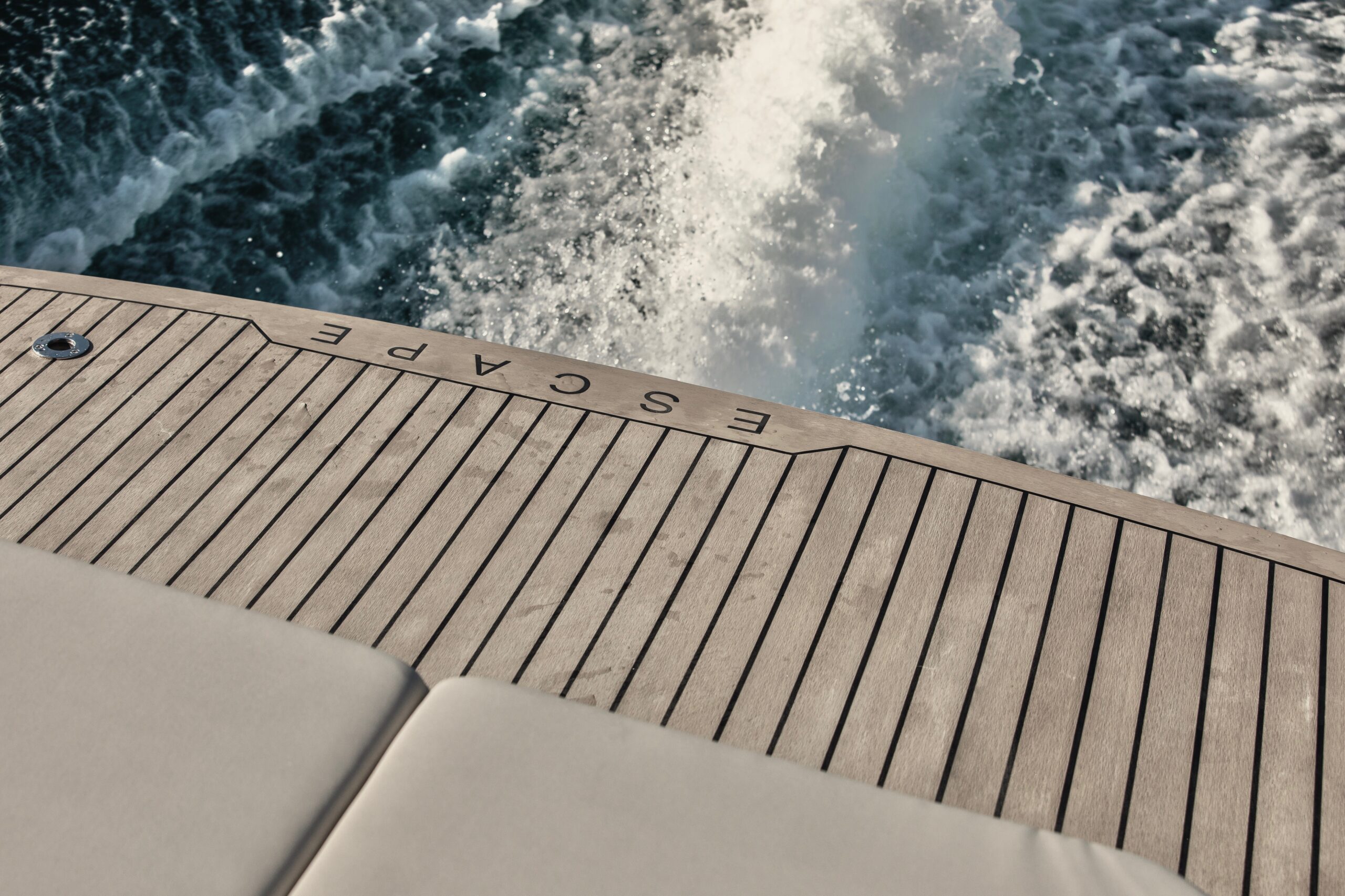 "We’re very aware of the limitations and challenges, but we’re also aware of the overwhelming benefits of electric propulsion"

This piece was originally posted on our sister site powerboat.com.au.

We are currently in an interesting transitional period for the world of electric and hybrid yachting and power boating. Several breakout brands have experienced major success in this expanding electric space, as real-world models and concept electric ideas become more and more commonplace and gain more and more recognition from around the industry every day.

But is electric really the future?

Danish giants RAND Boats, have been pioneering in this electric space since their inception eight years ago. I recently had the opportunity to sit down with Carl Rand, CEO of RAND Boats to discuss the release of their latest all electric power boat, the Escape30.

Since its release last month, the Escape30 has been extremely well received, with orders on already backed up for the next two years. It would seem then that this sector of the market is already booming, and yachting enthusiasts and day boaters alike are beginning to take note of the possibilities of electric, the long-term benefits of sustainability obvious and prevalent.

“We’re very aware of the limitations and challenges, but we’re also aware of the overwhelming benefits of electric propulsion. We don’t want the design or the price tag to keep people away from sustainable boating,” says Carl, “I think that once someone has the opportunity to explore electric options – and as they continue to become more and more commonplace – people will fall in love with them. In terms of design and functionality, electrics time and time again speak for themselves.”

But is this success limited to certain electric exclusive sectors of the market? Or could this success be reiterated by already huge boating brands across the board?

Of course, the answer to this question really comes down to willing adoption of electric at a time when it is certainly not the most efficient or cost-effective option for the majority of owners and brands.

However, according to Carl perhaps it would be easier overall to implement infrastructure in a boating space than we think:

“If you think about it the potential for true electric infrastructure is already there when it comes to boating,” says Carl, “We have less marinas on a global scale than cars do gas stations. Really the infrastructure would not be hard to implement, most marinas are already perfectly equipped for easy electrification in terms of layout.”

So what is halting the mass adoption of project electric for the boating industry?

Well, the overwhelming differentiator currently when it comes to Electric VS Diesel in boating when compared to cars is experience.

Boaters will see a marked difference in their experience than say a driver transitioning from a Mercedes GLS SUV to a Tesla Model X. In terms of experience, drivers will see little to no change in terms of speed and convenience as a part of this transition. The same cannot be said for boating. In terms of efficiency, and particularly range, electric boating is unfortunately still some way behind when it comes to electric.

Carl Rand, however, does not see this as an issue:

“It really is more about changing people’s mindset. People will have to realise, okay, I won’t go 50 knots for a couple hours, I will enjoy the journey and I’ll go 20 knots and appreciate a different kind of experience. One that is certainly more peaceful and, in many ways, more relaxing and enjoyable. People now must be accepting of the electric mindset. Currently an electric transition on the water for many boaters will lead to a change in experience, but this change does not have to be seen as negative. It will certainly take some time to minimise this change, but again this may not take as long as we think.”

In fact, in terms of funding, the battery technology sector is one of the most heavily funded and researched sectors of the technology industry.

“The amount of money invested is in some ways unfathomable,” said Carl, “and it is totally disproportionate to any other alternative source of power. The cost of battery technology falls by 20% on average every year and eventually this change in experience between diesel and electric will be miniscule to non-existent.”

It would seem then, by looking at the success had by brands like RAND within our industry, and following the lineage of electric success in the automotive industry, that it is somewhat naïve to question at all “IF” there is a future for electric propulsion in boating.

In this instance, it seems to be more a case of “WHEN.”

With batteries improving and interest undoubtedly increasing, it is only a matter of time before big brands now focused on diesel efficiency wake up to the possibilities of electric.

The exponential gains made in technology development and the resultant decrease in the cost of efficient electric propulsion systems could see us follow in the footsteps of the automotive industry, perhaps much sooner than we think;

And for brands like RAND, shaping and creating this future is just another day at the office.