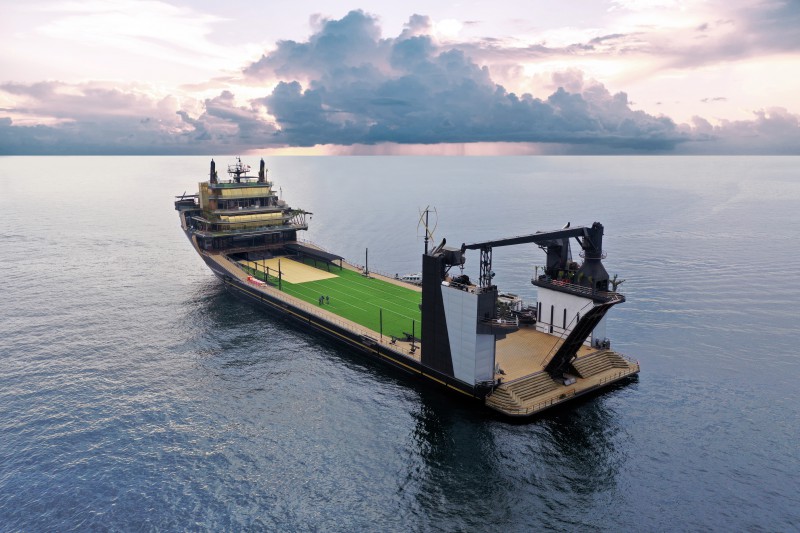 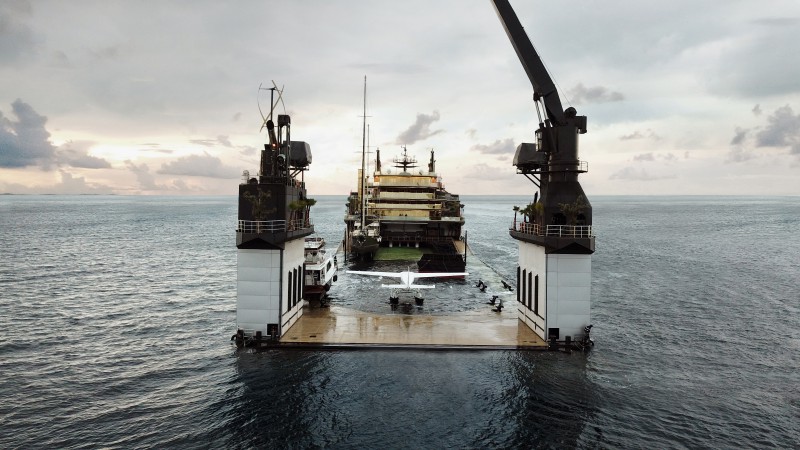 The luxury yachting world has a new and unusual addition after the 146m/479ft semi-submersible expedition mega yacht OK was successfully launched earlier this month.

Turkish shipyard Karmarine has spent the last three years converting the 1982-built transportation ship SUPER SERVANT 3, originally built by Japanese shipyard Oshima Shipbuilding, into a semi-submersible conversion designed with a tennis court on the 32m/105ft-beam main deck and capable of carrying a wealth of water toys and larger vehicles.

A car ramp allows vehicles to be driven straight on board, while motor and sailing vessels can manoeuvre on board from the water when the aft deck is semi-submerged. This is achieved by taking on ballast, which is later ejected to return the deck back above the waterline. Current plans for the 3,000m2/32291ft2 deck space include hosting a 46m/151ft sailing yacht and a seaplane, while the 40-tonne crane will launch and retrieve the tenders and water toys.

This exterior redesign concept was by Timur Bozca, who won Young Designer of the Year 2015 and was envisioned as a ‘floating island’ without losing the original lines altogether.

In addition to the massive main deck which can be used as a tennis court when cleared, M/Y OK has an alfresco cinema, botanical gardens, four aquariums and an indoor swimming pool surrounded on all sides by windows for spectacular views and an abundance of natural light.

There is also room on board to accommodate up to 20 guests overnight, plus a crew knowledgeable in onboard operations and trained in providing exceptional service to all guests who travel onboard.