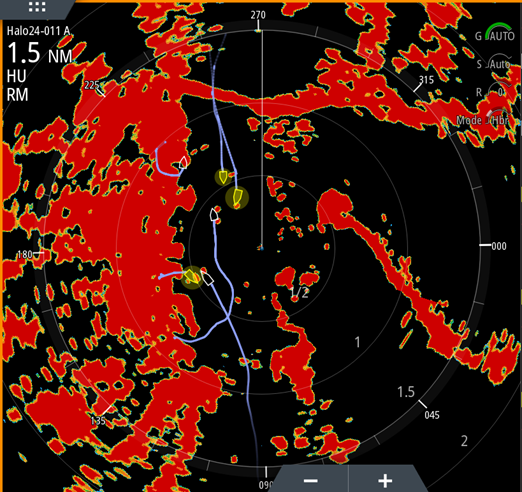 The updated software is for HDS Live, HDS Carbon and Elite FS fishfinders

The updates include radar interface improvements and new features such as Dangerous Target Alert updates, as well as integration with SiriusXM Marine Fish Mapping for North America.

The radar interface improvements reportedly make it easier to view, track and monitor vessels, and identify vessels that may be a risk to the user’s course. New icons for the Automatic Identification System, and symbols for radar-tracked targets, can be combined into one unified view.

“This latest software update has brought even more clarity to our Lowrance interface with updated icons and clearer symbology to go with a more vivid display for the radar range rings,” Lucas Steward, executive vice president for Lowrance states.

Safety updates include Radar and AIS Target Association. When the radar and the AIS signal acquire the same target for tracking, the system will display the target with one symbol. This reduces the number of AIS symbols and radar targets on the Plan Position Indicator. Radar and AIS targets now display a graduated trail showing the vessel’s past position history for greater situational awareness.

The new Dangerous Target Alert feature warns the skipper of dangerous radar and AIS targets, according to parameters in vessel settings and tracked targets. A simple diagram appears on the bottom left of a pop-up screen to show the range, graphical bearing and heading of the vessel in relation to the skipper’s vessel.

Again a complete and interesting update to the Lowrance software range, always aiming to improve technology and ease of use for existing and new users.