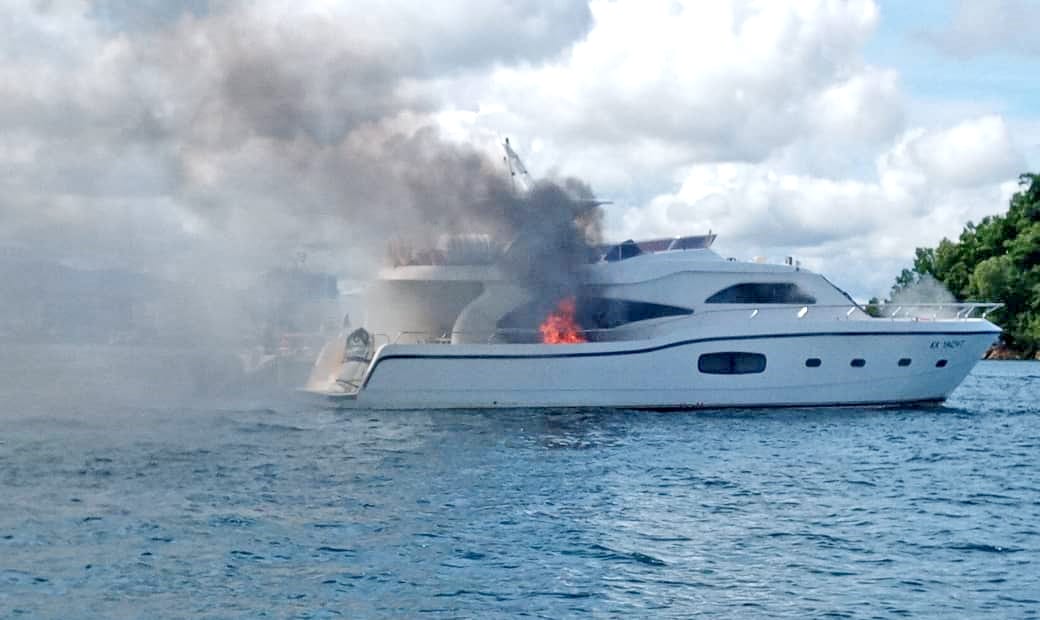 A luxury yacht was damaged in a fire while berthed at its dock near Kampung Torong Logong, Pulau Gaya here this morning.

A spokesperson from the State Fire and Rescue Department said a distress call was received at 9.20am before fire and rescue personnel were dispatched to the Jesselton Jetty.

Fire and rescue personnel controlled the flames by 10.37am. The cause of the fire and total loss are still under investigation, said the spokesperson.

It was learned that villagers spotted smoke coming out from the yacht around 9am before reporting to the authorities.

Several villagers also assisted in putting out the fire before fire and rescue personnel arrived at the scene.

It is not known how long the boat had been docked in the area and who is the owner.