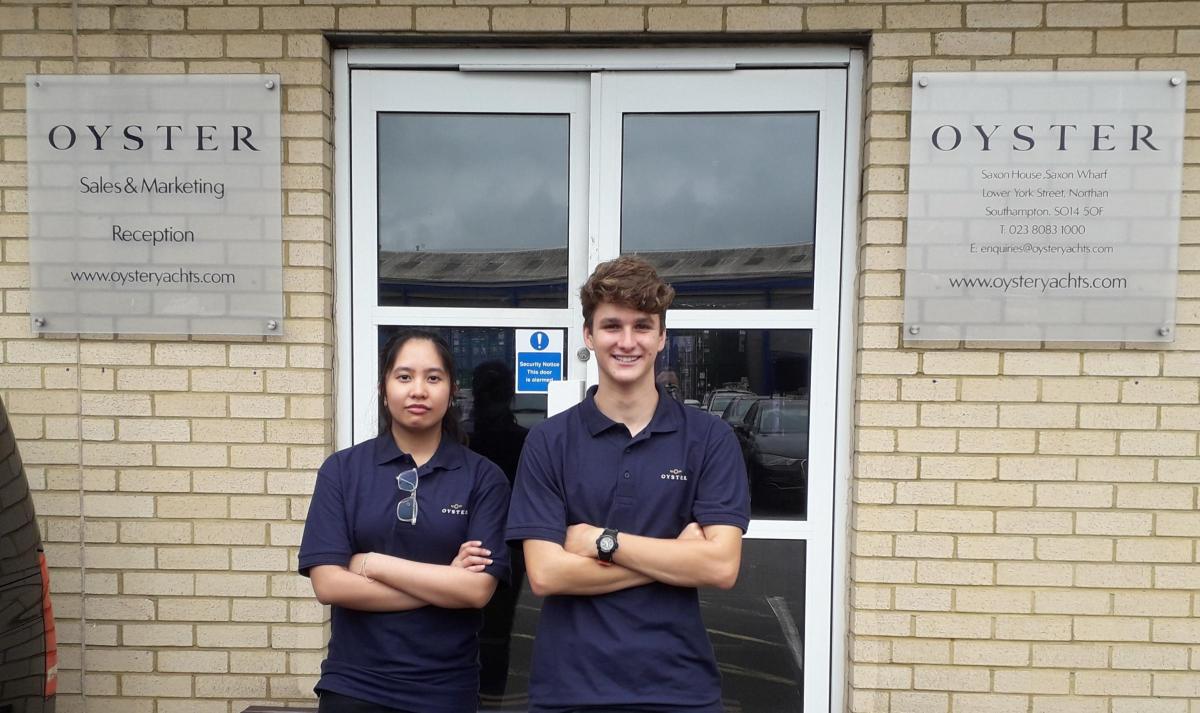 In collaboration with City College Southampton, UK, Cameron Mcleod, Ewan Clark and Luke Richardson will learn the craft of boat building and Ewan Pett, Michaela Dumapit and Darcie Lawson will be training as marine engineering apprentices.

This is due to take place at the yacht builder’s new Oyster Academy at Saxon Wharf, Southampton, UK.

Ewan Pett, from Romsey, said, “I’ve been into boating from the age of two. I’m thrilled to have this opportunity with Oyster and City College Southampton to work in a hands-on environment and learn from the expert team at Oyster.”

Michaela, from New Milton, added: “I studied for my Level Two Marine Engineering qualification at another college but then wanted to work with real boats, so the Oyster Academy will allow me to develop professionally.”

Whilst undergoing on-site training, the apprentices will be studying part-time at City College Southampton in marine technology.

Oyster academy was only launched during National Apprenticeship in February and was set up to “build for the future” by retaining traditional skills and craftsmanship through the ‘next generation’ of apprentices.

Out of 160 applicants for the scheme, the best 15 were chosen.

Schemes like this and the Mercury Academy here in Australia help to nurture young interest and talent, bringing us the industry leaders of the future from around the world.