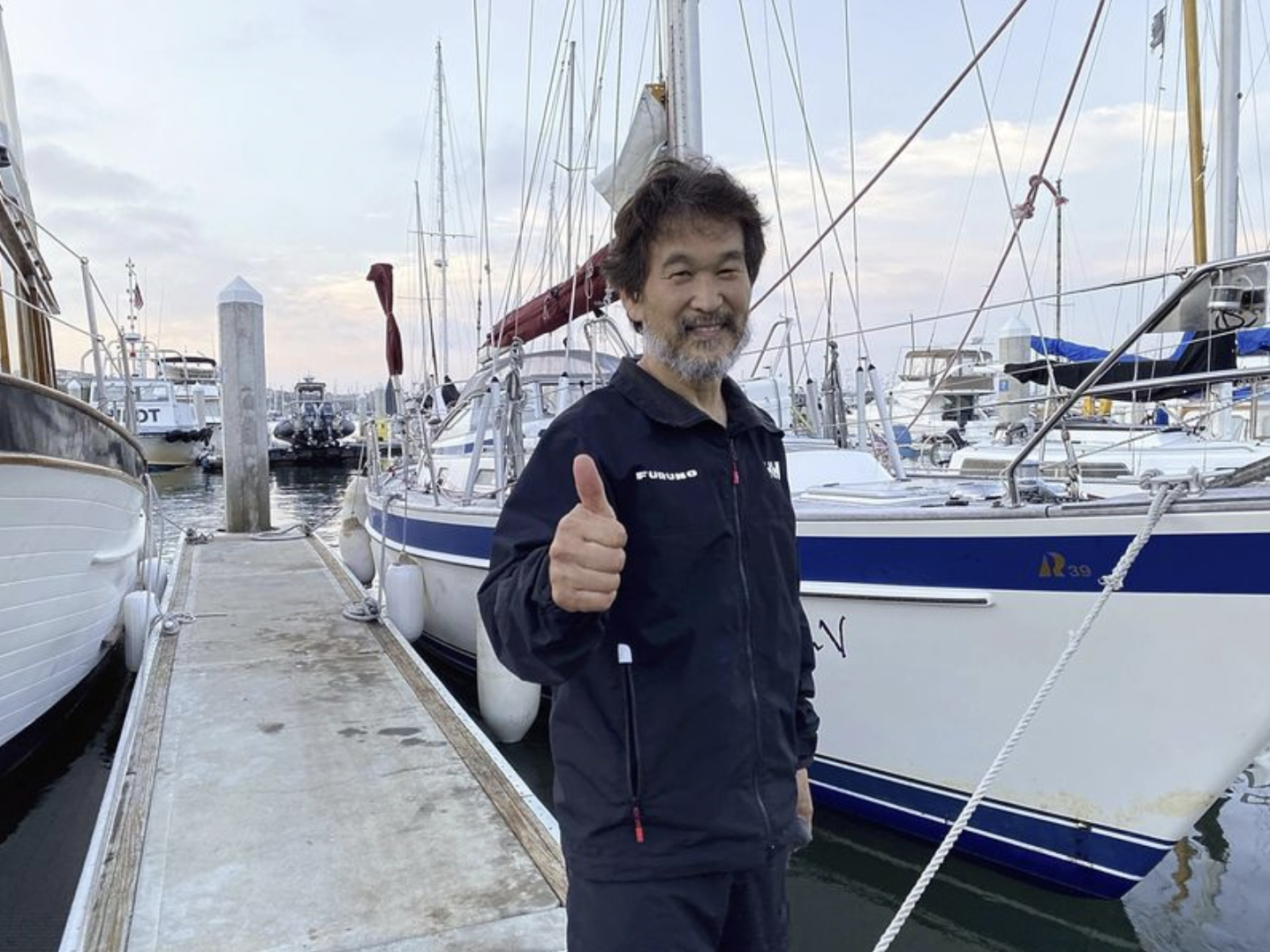 A 70-day trip by yacht over 9,000 kilometers of the Pacific Ocean might not make for the easiest of trips from Japan to the United States. For newscaster Jiro Shinbo, however, he could have peace of mind while embarking on the voyage thanks to the latest navigational systems and technology.

Furuno Electric Co, based in Nishinomiya, provided the free systems and equipment to help the 65 year old navigate the yacht. The manufacturer was founded in 1938 and is known for being the first company to commercialise fish-finders.

Shinbo, currently on his way back to Japan, departed from Osaka on April 9 and arrived in San Diego on June 16.

The company provided a system that uses satellite communications to accurately determine the current location and speed of a yacht from land. In addition to allowing supporters of Shinbo’s challenge to check the status of the yacht’s navigation, they can notify the yacht via satellite phone when weather conditions around the route are expected to deteriorate.

Furuno Electric also provided a radar that sounds a warning when it detects the approach of another vessel. Shinbo said he was grateful for these features so that he could sleep peacefully even in the dark.

The yacht sailed for Japan from San Diego on June 22. Shinbo’s current location and route can be checked on a special Furuno Electric website.