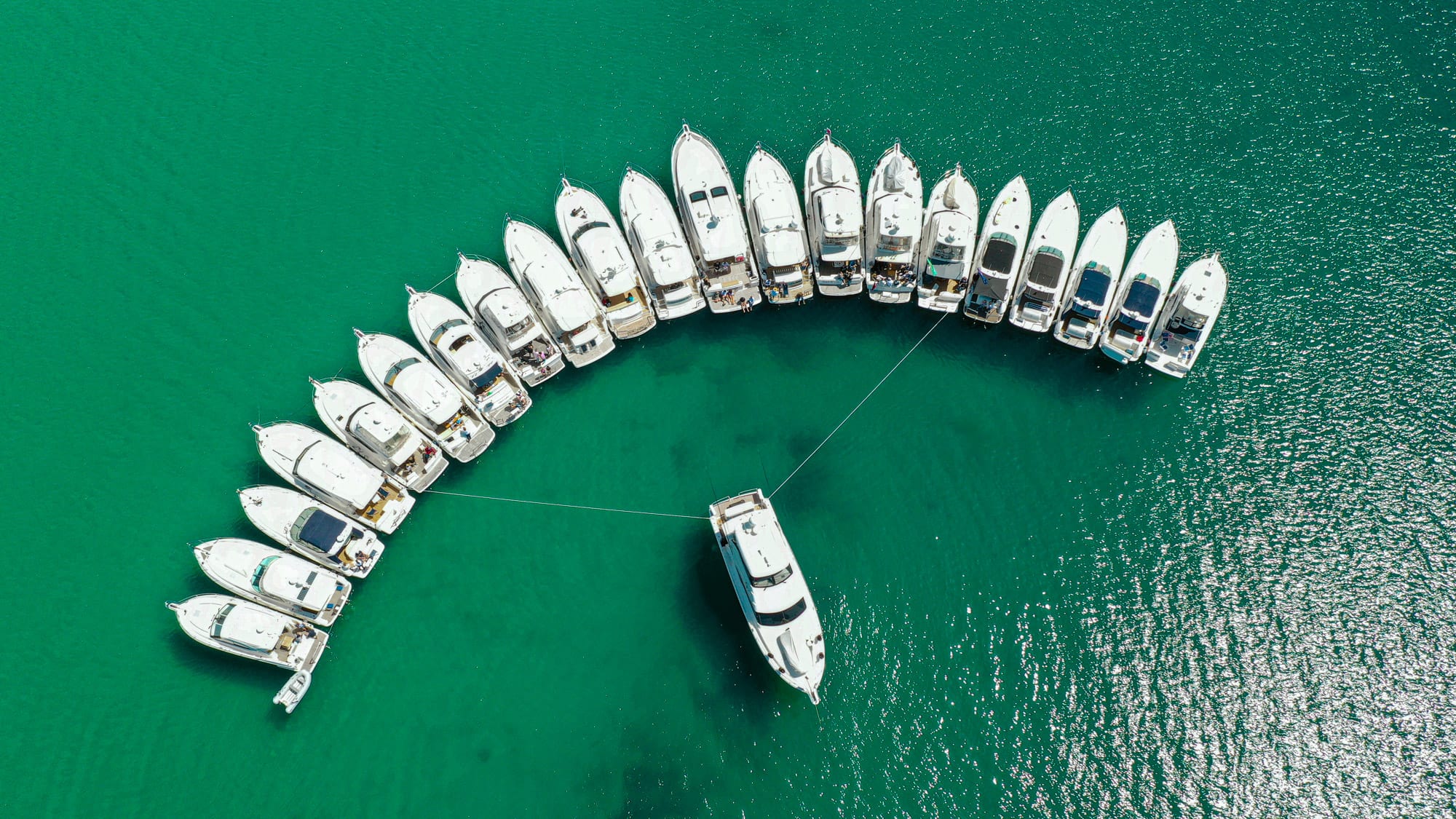 "I couldn't think of anywhere else I'd prefer to have been than on my Riviera this weekend."

Adventure begins when plans end, as the saying goes. Certainly, that was the case in March when the Paynesville Gold Cup powerboat race in Victoria was thwarted by 30-knot easterlies.

Instead of packing up and heading home, more than 100 Riviera owners and racers banded together with family and friends for a Saturday night bash put on by Riviera’s Victorian representative R Marine Jacksons. What had initially been planned to be casual welcome drinks became the weekend’s headline event.

More than two dozen Riviera luxury motor yachts rafted up at the Paynesville Motor Cruiser Club in the Gippsland Lakes on Victoria’s east coast. Among them, and not to be disheartened by the lack of racing, was Cup sponsor Ian Hall, from Whytehall Services, on his Riviera 445 SUV Devocean 2.

“It was great to bring everyone together chatting at the Cruiser Club until the wee hours of the morning,” says Ian. “I don’t think it mattered at all in the end that the Cup was canned; we had such a good time.”

“If it hadn’t been for Stuart Jackson it wouldn’t have happened. A lot of boat owners and competitors had come from a long way, some from Tasmania and New South Wales. They all know Stuart and they didn’t have anything else to do, so they had Saturday night to mix with the Riviera owners.”

“There were boats rafted up, flags out the front and Stuart had his big black tunnel boat parked out the front branded with Riviera and R Marine Jacksons – that looked great.”

On his Riviera 48 Enclosed Flybridge Whiskey Tango, ex-racer Paul Eade took the weather in his stride and was grateful for a fun Saturday night. “It was a shame the racing didn’t go ahead, but that’s the weather, and that’s boating in general,” says Paul. “We still had a terrific reason to get out on the boat for the weekend and an event on the Saturday night to look forward to.”

“I’m an ex-racer myself, so it was great to have a night with Riviera owners and boat racers. Because we’re all like-minded people, we can relate well and we’re all so passionate about boating. I couldn’t think of anywhere else I’d prefer to have been than on my Riviera that weekend.”

It is excellent to see the motor yacht community coming together in times of adversity, whether it is down to the weather or as a result of other powers at play, it is more important than ever now for us to stick together through testing times.