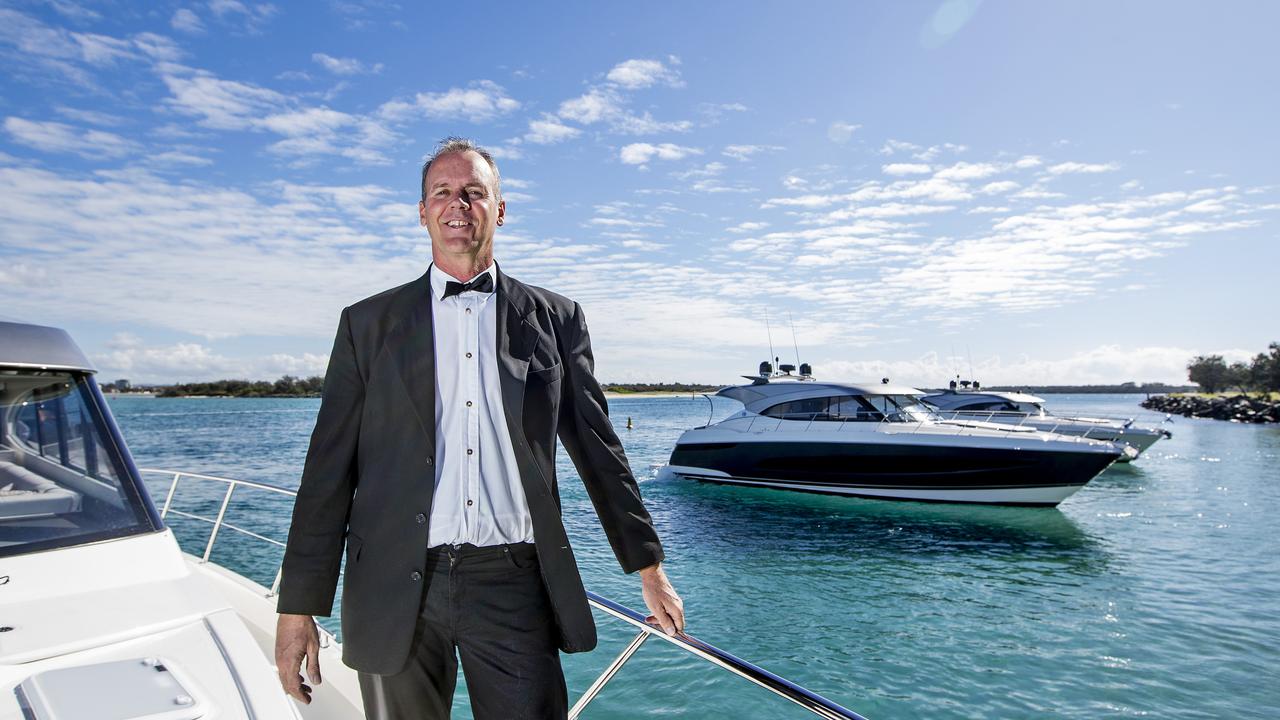 Riviera owner Rodney Longhurst is overjoyed with the nomination

Gold Coast luxury boat builder Riviera could pick up a big gong in Canberra this month for its exporting efforts.

Rodney Longhurst’s little operation on the Coomera River is a finalist in the 2021 Australian Export Awards to be announced in Canberra on November 25.

The 41-year-old company sent $20m worth of vessels to the US recently in its biggest ever shipment to the world‘s largest economy.

About 50 vessels are currently being built at the company’s Coomera shipyard, which now employs 900 people. The company’s performance is a rare bright spot for the Gold Coast economy that has lost billions in tourism dollars during the covid-19 pandemic.

Longhurst (illustrated) says he is particularly proud of the 5800 boats launched over the past four decades that have built a fiercely loyal global family of yacht owners.

“Riviera today is regarded as one of the world’s leading luxury motor yachts,” Longhurst says. “That’s a great achievement for our skilled and dedicated team.”

A decade ago the company, which numbers Hollywood celebrities among its customers, was teetering on the brink of collapse, weighed down with $320 million of debt in the wake of the Global Financial Crisis.

Riviera, which Mr Longhurst rescued out of receivership in March 2012, now has an overflowing order book for its luxury craft that sell for up to $6m.

Federal Minister for Trade, Tourism and Investment Dan Tehan says exporters such as Riviera have achieved extraordinary outcomes in the past year.