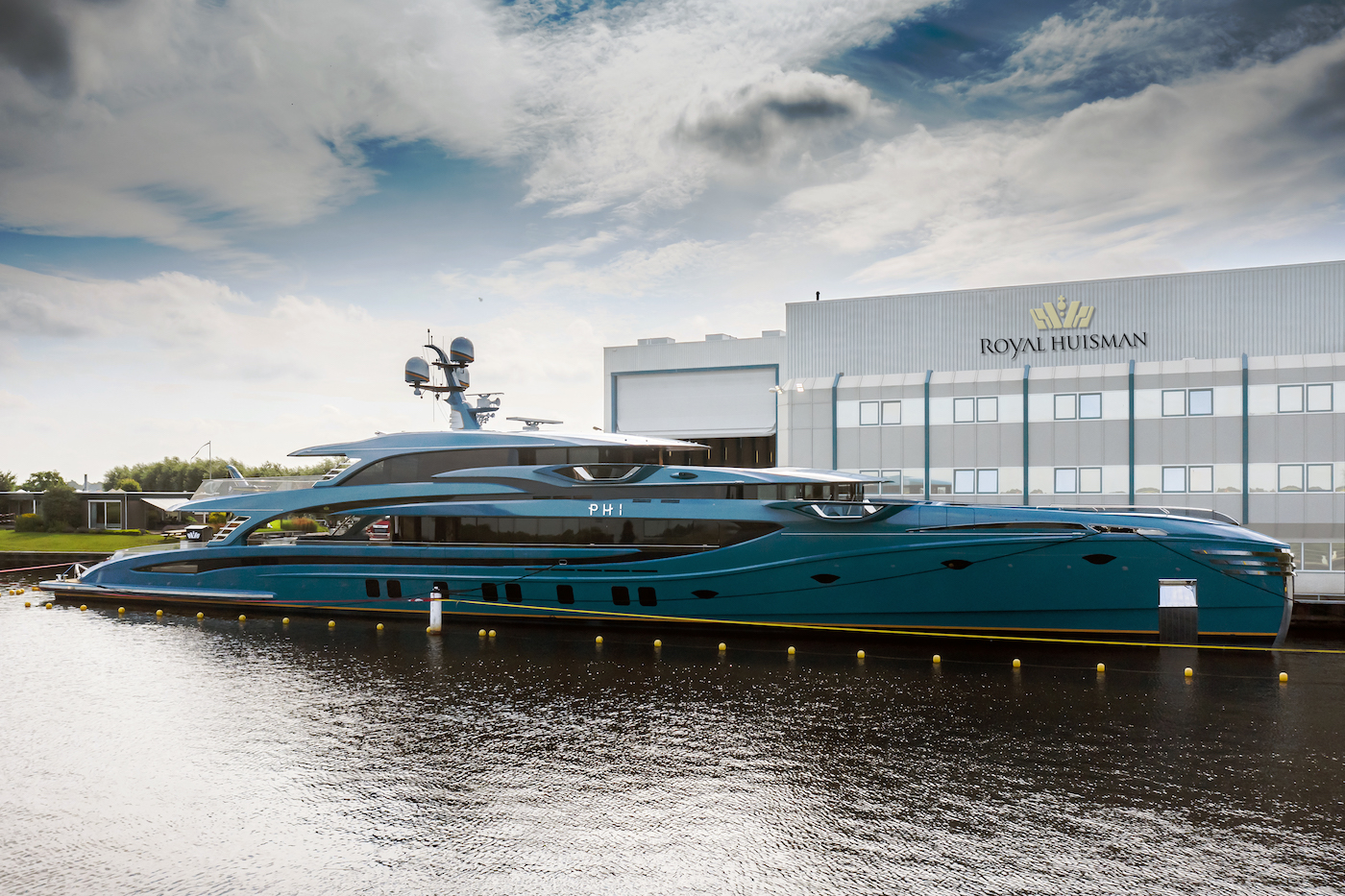 The58.5m/192ft superyacht features a specially developed Fast Displacement XL hull form which will allow her to take the title of the longest vessel to come in under 500 GT. She features a general concept, exterior design and interior layout from Cor D. Rover while the yet-to-be-revealed interior styling comes from Lawson Robb and naval architecture from the shipyard.

M/Y PHI is scheduled for delivery before the end of 2021 and will be joined by a 36m/118ft shadow vessel PHI PHANTOM with a matching colour scheme. The same designers will work on both vessels, while the support vessel will be constructed at the Turkish shipyard Alia Yachts.

Royal Huisman is also aiming to break another record with PROJECT 406, a 52m/171ft sportfish yacht that will become the largest in the world once launched.