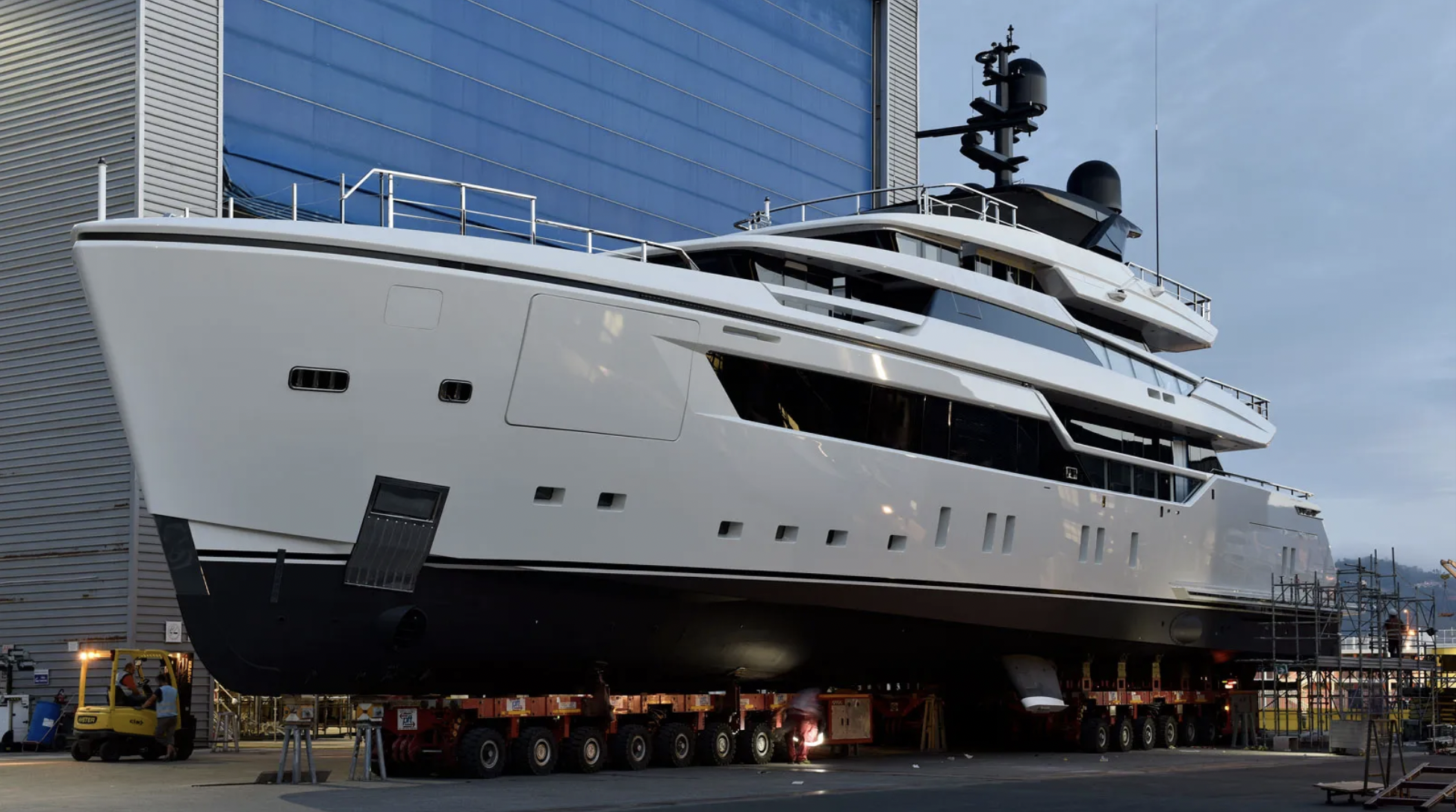 Italian yard Sanlorenzo has announced the launch of its fourth 44.5 metre 44Alloy superyacht.

Launched in La Spezia, the yacht joins Sanlorenzo’s growing fleet of all-aluminium hulls less than a year since the delivery of the first 44Alloy named H1. The second and third units were delivered in October 2020 and May this year respectively while four more remain in build.

Built entirely in aluminium, the 44 metre yacht features a 470GT interior penned by Michele Bonan. In a first for a Sanlorenzo yachting project, the 44Alloy was developed in collaboration with the Zuccon International Project design studio.

All yachts in the 44Alloy series feature a spacious owner’s cabin which spans 147 sqm over three levels with access to a private pool. The size of the owner’s private space is a feature never before seen on a superyacht of this size and a first for Sanlorenzo.

Other highlights include plentiful outdoor areas with an 83 sqm sundeck and 102 sqm beach club, while an 8.9 metre beam offers impressive interior volumes.

Power comes from a twin-screw MTU drivetrain which enables a top speed of 22 knots and a cruising speed of 20 knots.

The 44Alloy is one of a number of exciting vessels coming out of the Sanlorenzo yard, with motor yacht and super yacht manufacturing in Europe continuing to thrive.

In other news, Sanlorenzo also recently launched the 62Steel and we have a video for you here.