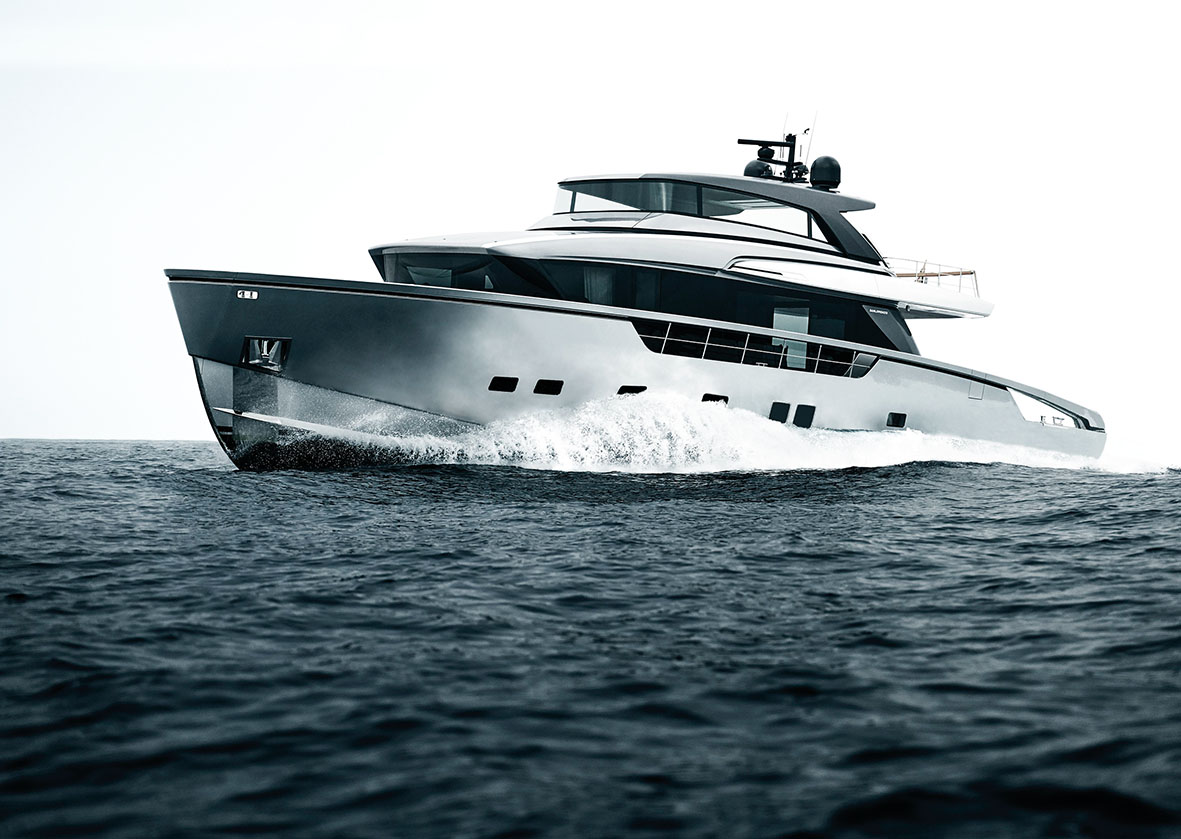 The Sanlorenzo SX88 was actually launched back in 2017 as the flagship of the range before the SSX112 arrived and stole that mantle, but the SX88’s rakish design still drops jaws wherever it goes.

This particular Sanlorenzo SX88 will do so more than others, given that its home berth will be in the Solent (Lymington, to be precise).

Sanlorenzo pitches the SX88 as a modern crossover between a mini explorer yacht and traditional flybridge, one key attraction being that the top deck can be fully enclosed to shield guests from the elements, whether that’s oppressive Mediterranean heat or persistent British drizzle.

The top deck is where you find the helm, leaving the forward end of the main deck free to become extra internal living space, but up top there is also space to relax on the half deck terrace which can be setup as a lounging or dining area.

In fact, there is a lot of room for manoeuvre when it comes to the layout of all three decks but another key feature of the Sanlorenzo SX88 is the design of the aft deck.

Here, there is space to stow a mini flotilla of water toys – the Sanlorenzo website shows one with a Williams jet tender and two jet skis lashed to the deck – which can be deployed by a neatly integrated crane to leave a 30 square metre beach club in prime position right on the waterline.

She’s a big boat to handle but is fitted with triple Volvo Penta IPS1050 (800hp), which means joystick control and a top speed of 23 knots.