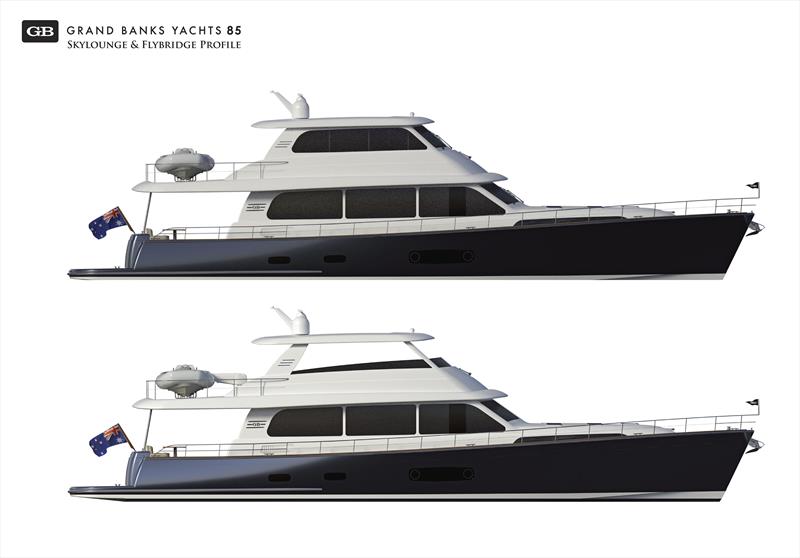 Grand Banks Yachts says it has completed the initial sea trial and finalised interiors for its new flagship model, the Grand Banks 85.

“First, we focused on what makes a superior long-distance cruiser while underway for long legs,” CEO Mark Richards stated in a press release. “This means understanding the rhythm that occurs while on passage, and creating various spaces where you can separate from others off-watch. Some people on board are focused on running the boat, others are relaxing, and others may be sleeping.”

Hull No. 1 of the Grand Banks 85 is being built as a Skylounge version, but an Open Bridge configuration is also available. The Open Bridge has a lower helm area forward, while the Skylounge has the galley far forward, just abaft the windshield with open views.

The Skylounge also has a sky lounge for lounging, separate from the main salon on the main deck. The helm area is elevated with seating for four people. There are lowering windows and an opening sunroof for fresh breezes.

Belowdecks are accommodations for guests as well as crew – and Grand Banks is offering two layouts of the crew quarters in an attempt to become “the envy of the industry” for a yacht of the 85′s size.