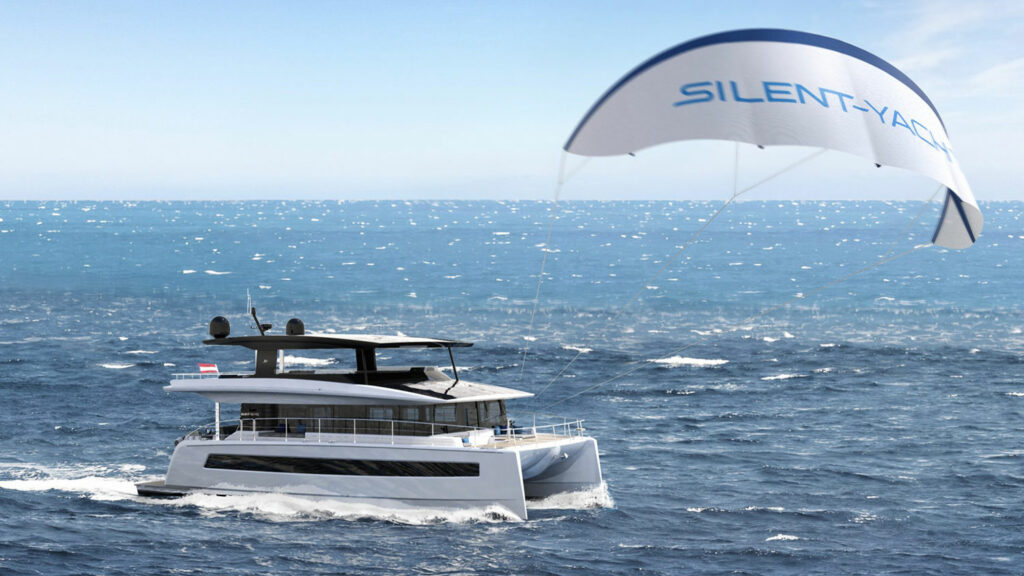 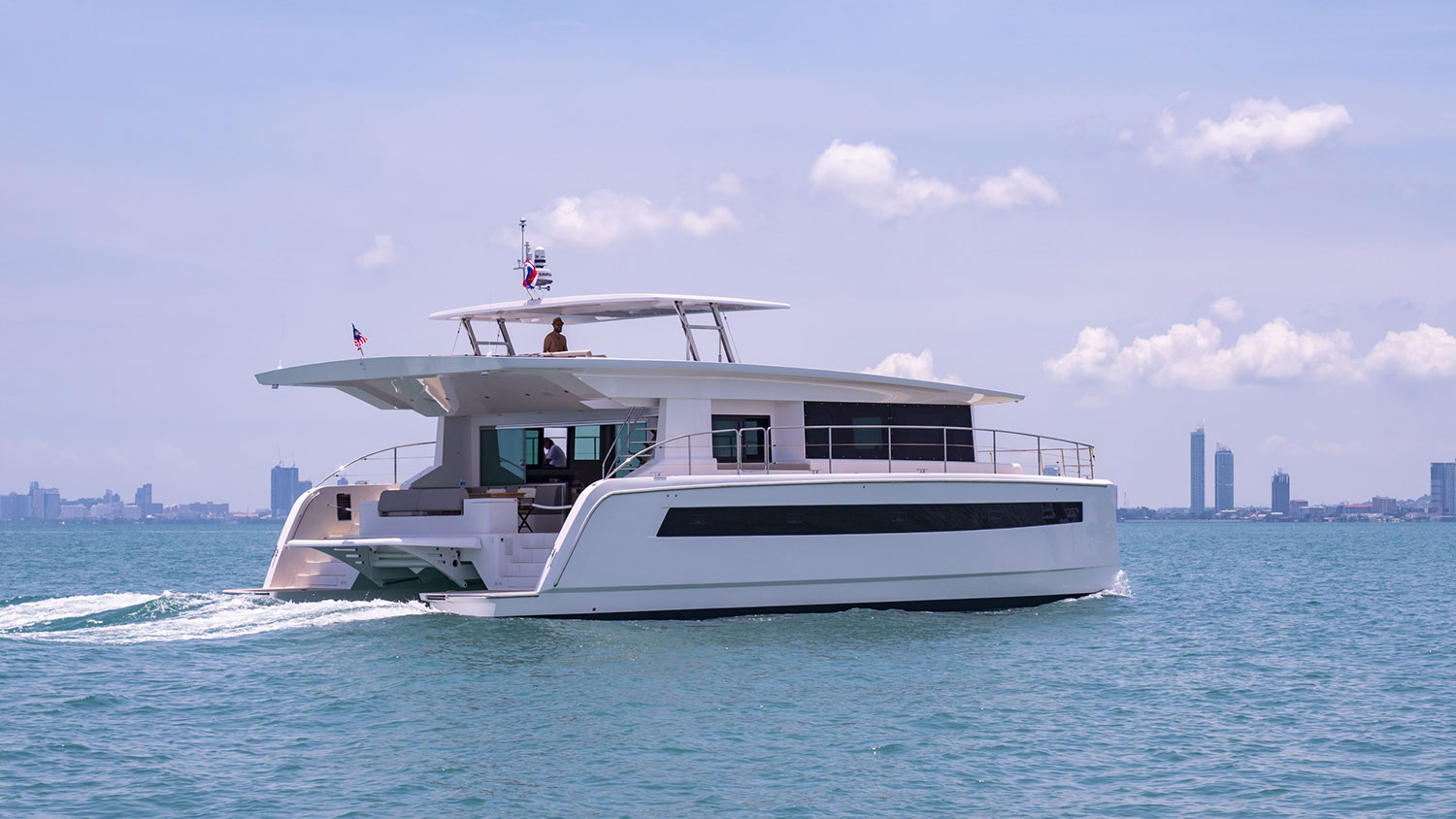 The Austrian boat-maker has recently rolled out its latest addition to its green fleet of catamarans. Named Silent 60, this solar electric catamaran is the next generation of the Silent 64, the brand’s first solar-powered yacht to have ever crossed the Atlantic. The new watercraft packs a dozen more solar panels than the previous model and has an additional fully automatic towing kite wing for extra propulsion.

The 18 meters long Silent 60 catamaran features a redesigned hull with a longer waterline and a reverse bow, meaning the boat’s most forward point is at the bottom rather than the top.

The power is generated by 42 solar panels, which together give a peak power of 17 kW and power a battery with a capacity of 286 kWh. For comparison, the Silent 55 has 30 panels and a 210 kWh battery.

Perhaps its most outstanding feature is the kite wing that does not require a big mast as conventional yachts do. This light and compact kite wing with a surface area of 13 sq.m. can increase the performance of the vessel, increasing its speed by an additional 5 knots (9 km/h). It can be inflated with an electric pump in seconds and can simply be tossed overboard and started from the surface of the water, drifting away and up with the wind to cut figure eights more than 120 meters above the boat in the sky. This fully automatic kite is said to generate up to ten times the power per square meter of a conventional sail.

Silent Yachts says it has already received 17 orders for the solar-powered catamaran and the first unit of the eight Silent 60 hulls currently under construction. The company also plans to showcase the new product at the Cannes Yachting Festival this September.

An interesting solution to the environmental problem, Silent Yachts creating seeming success and receiving plaudits from around the industry, with an idea that on paper is actually really quite simple.