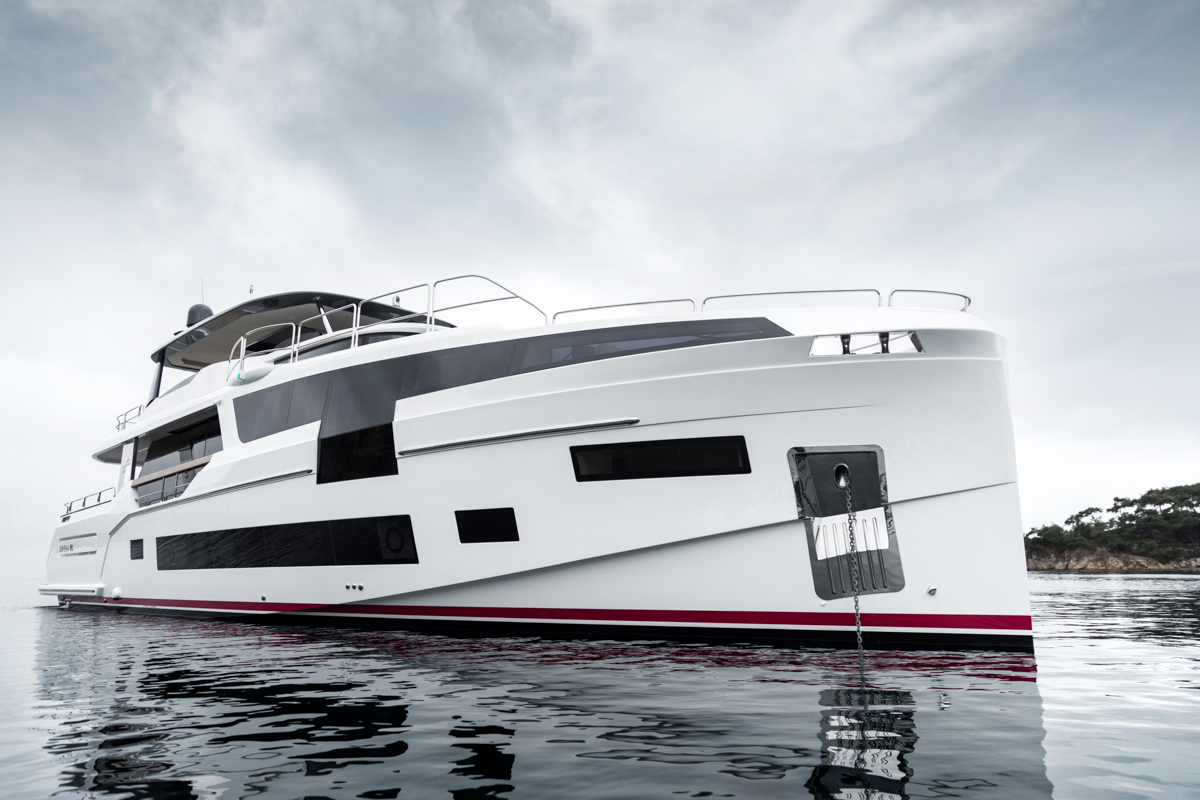 The all new Sirena 68 made it's debut in. Cannes this year

Çağın Genç, formerly Chief Operating Officer at Sirena Marine in Turkey has been promoted to the post of Chief Executive Officer.

“Çağın joined the group in 2008 and brings huge experience to his new role,” says Ms İpek Kıraç. “He was production manager, plant director and marine director before becoming COO in 2019, so he understands the Sirena brands inside out. I’m confident they can grow together to become a point of reference in the yachting market.”

“Now Sirena Yachts has reached a stage where we want to be able to offer our clients more choice,” says Çağın Genç. “They will be able to select between our Sirena Yachts line and a new Superyachts line. In fact, we will have three new semi-custom models between around 30 and 50 metres in length and below 500 GT that will retain the design DNA of our existing fleet, which we’re also looking to expand with two new models, one between the 68 and 88 and another entry-level offering. We’ve just completed our internal briefing for the superyacht range and the next stage will be to ask our favourite designers to come up with concept proposals. We are prepared to build the first hull on spec,” continues Çağın Genç. “The two biggest models will likely be in metal and the smallest in fibreglass, but this has yet to be finalised. Either way, we will be ready to present the Sirena superyacht range in Monaco next year!”

Based in Istanbul, Sirena Marine produces award-winning sailboats under the Azuree and Euphoria brands, and luxury motoryachts under the Sirena Yachts brand. Sirena Yachts recently delivered hulls #3 and #4 in its flagship 88-foot series and the Sirena 68, the latest addition to the fleet, made her international debut at the Cannes Yachting Festival 2021.

20 units of the all-new model have already been sold.