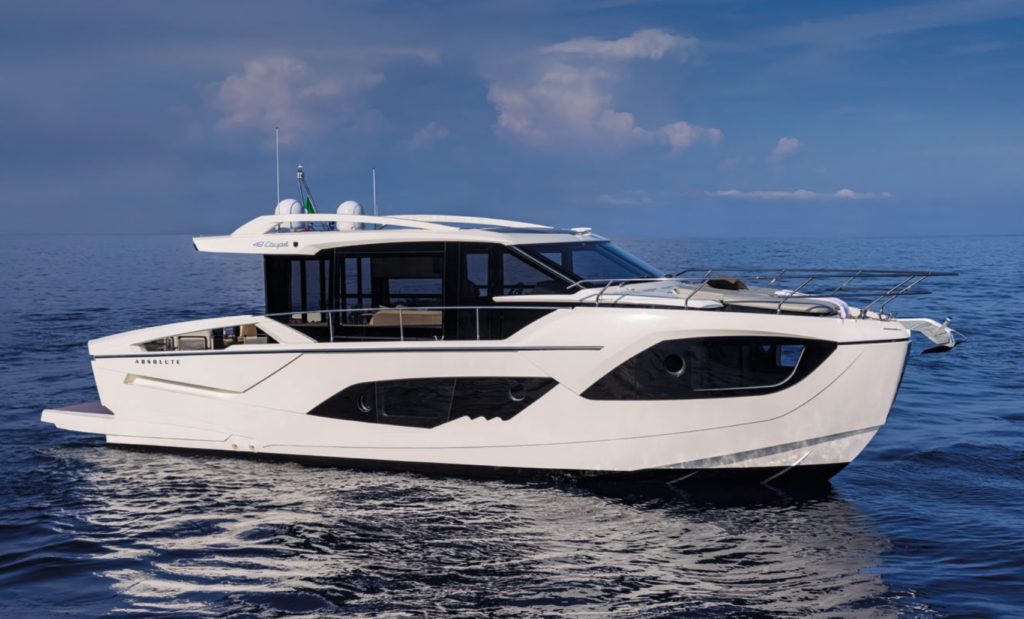 Absolute Yachts is having a brilliant start to the new year, as their 48 Coupé – The Absolute Horizon just won the European Powerboat Award 2022 in the “Up to 20m” category.

The first boat of the shipyard’s new Coupé line, the 48-feet yacht stands out for a sporty character combined with comfort on board. Alongside maneuverability and cutting-edge technologies, the boat features ultimate liveability and versatility, panoramic views provided by large windows and a sustainable attitude.

Selection criteria for boats ranging between 14 and 20 meters (the largest among those evaluated by the judges for the Awards), included the quality of life on board for trips lasting several weeks, the layout and distribution of spaces, along with performance.

The panel of judges consisted of expert test riders and editor-in-chiefs of leading motorboat magazines in Europe, with a coverage of over one million readers per month worldwide. Organized by German magazine BOOTE, the European Powerboat Awards are now one of the most prestigious awards for boating worldwide. The winners were announced during a virtual ceremony held on Friday 21st January.