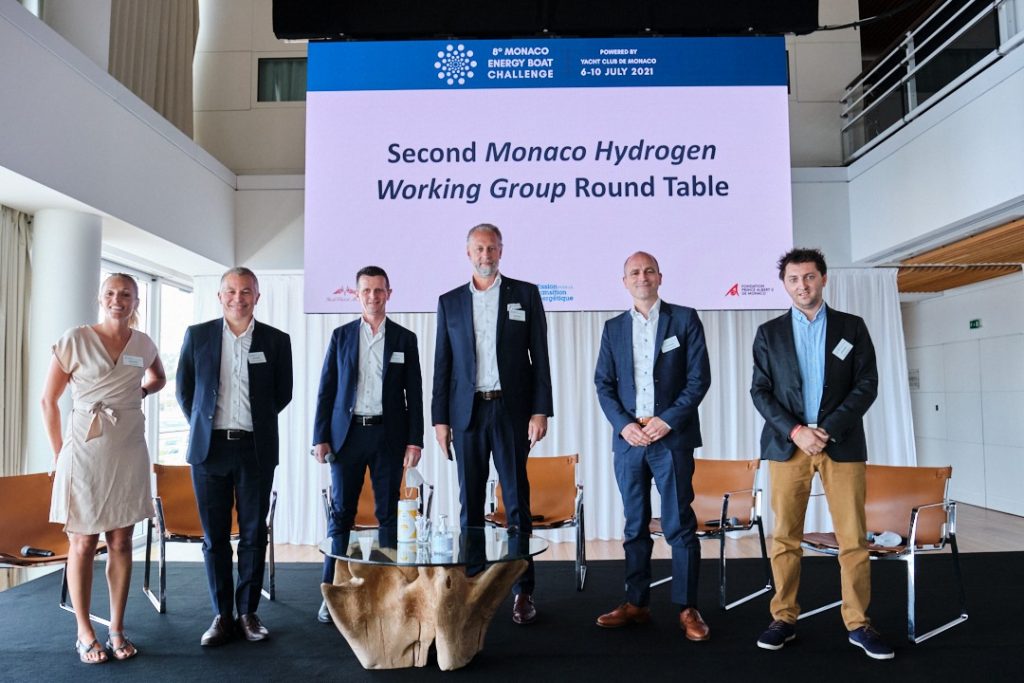 The 8th edition of the Monaco Energy Boat Challenge championed hydrogen and its great potential as a green energy source. The new technology would mark a definite switch in the yachting industry, which in recent years has tried to shift to more sustainable energy sources in order to reduce the amount of CO2 let out by boats.

Currently, only two commercialised boats run on hydrogen. “Aqua”, the worlds’ first superyacht to be fully hydrogen-run, was built by Sinot Yacht Architecture and put on the market in early 2020 for $644 million.

More modest than “Aqua”, “New Era” is the brain-child of Hynova Yachts. The second hydrogen-run yacht is a familiar face in Monaco. After being unveiled at the 2019 edition of the Monaco Energy Boat Challenge, the yacht became the world’s first certified recreational boat to be hydrogen-run.

The Monaco Energy Boat Challenge was the stage of a particularly interesting round table between members of the Monegasque government, international actors and hydrogen specialists. The talks covered the development of hydrogen in the maritime and transport sectors.

Mr. Bernard d’Alessandri, General Secretary of the Monaco Yacht Club and President of Cluster Yachting Monaco, began the session. He stressed the importance of Monaco and the yachting industry understanding the significance of hydrogen and the urgency of implementing it in the Principality. The shift to hydrogen-based boats is in line with the plan of the Prince’s Government to reach zero-carbon emissions project.

To find out more about the round table, please visit the website of the Monaco Yacht Club.