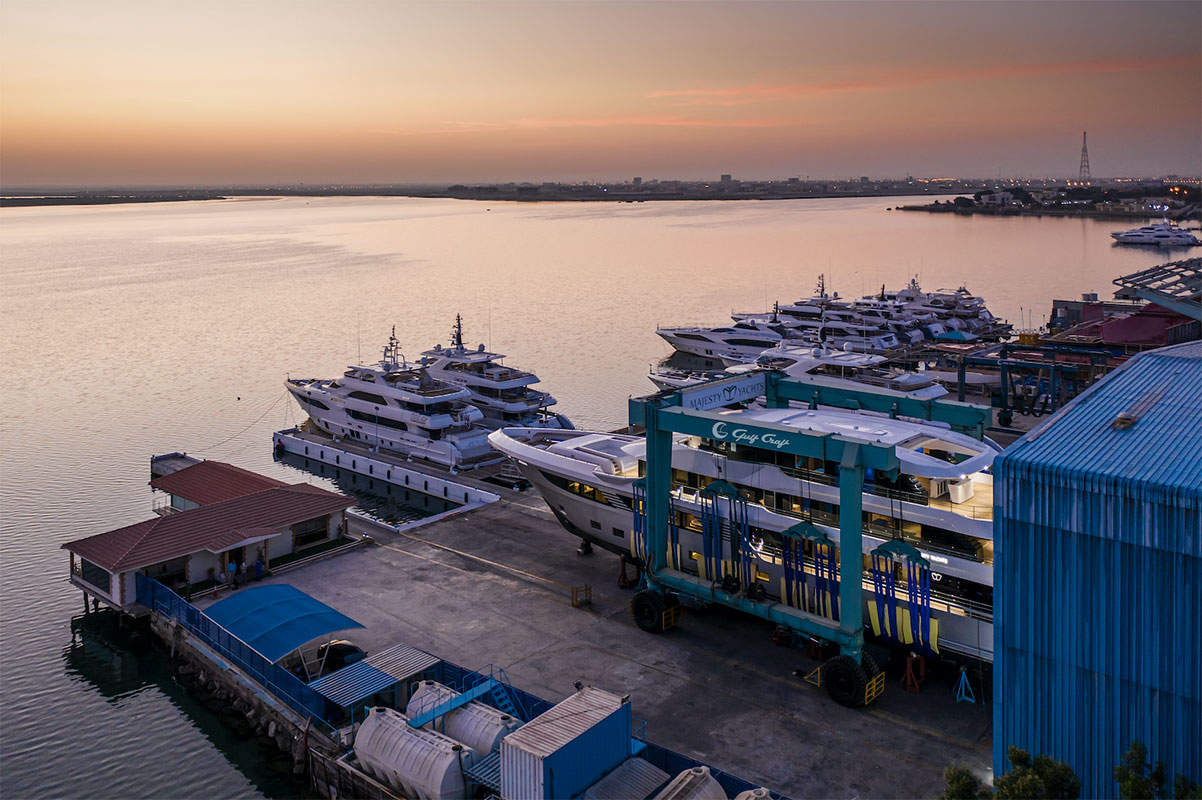 The Gulf Craft yard operates out of Umm Al Quwain

Despite a turbulent period for the luxury yacht industry last year, Gulf Craft recorded a 42 percent growth in the value of its global orders the first half (H1) of the year compared to the full year of 2020.

The boat and yacht manufacturer secured 71 confirmed orders for its range of boats and superyachts in H1 2021, with 32 delivered to customers from around the world already.

“While the pandemic had an impact on the boating sector, we remained committed to honouring our delivery schedules and innovating on design and production at our fully integrated production facility in the UAE,” said Mohammed Alshaali, chairman of Gulf Crafts.

“We continued to build on an opportunity basis throughout 2020, which put us in strong position in 2021 when we saw an increased demand particularly on yachts ready for immediate delivery.”

Gulf Craft, which operates a vessel building yard in Umm al Quwain, remained focused on fulfilling its global expansion plans during the first half of the year, with a significant push into key territories within Europe, including Germany, Spain, the Netherlands, Portugal, as well as regions in Australia.

Further strengthening its presence in their home-market of Dubai, Gulf Craft also announced a strategic partnership with P&O Marinas, DP World’s collection of world-class luxury marinas and picturesque harbors, to open its dedicated Sales Center at Mina Rashid Marina, the home port for many of Dubai’s superyachts.

“Our expanded dealer network and stronger partnerships in the UAE will drive our continued growth through the rest of the year and beyond,” said Talal Nasralla, Gulf Craft CEO.

“We are firmly on track to become one of the world’s top five shipbuilders by 2025.”