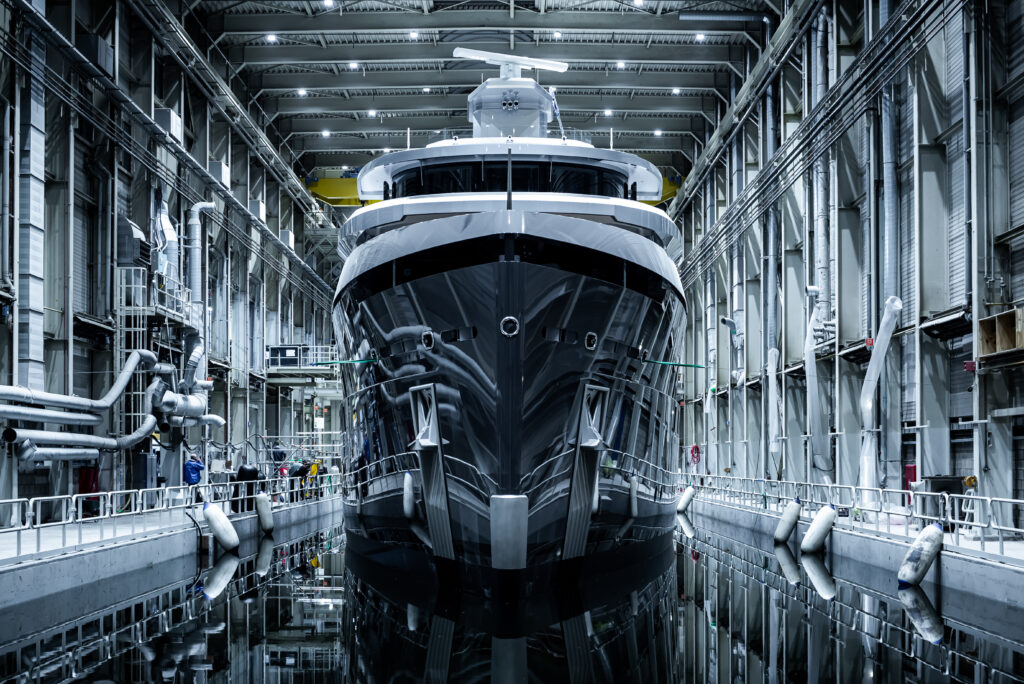 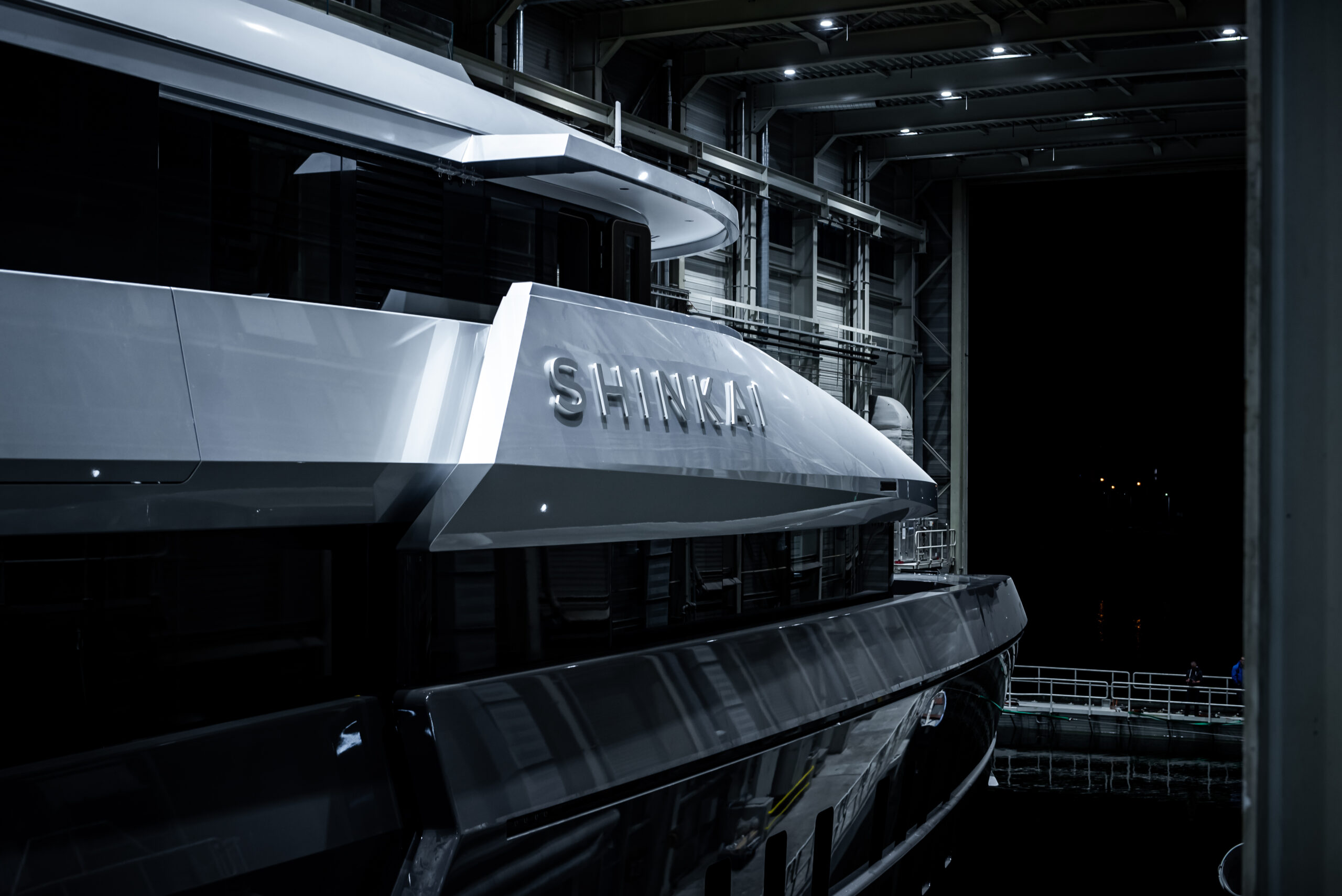 Shinkai is both an attractive superyacht and a powerful explorer

The custom superyacht Shinkai was recently transferred from Feadship’s construction hallway in Aalsmeer to the builder’s outside dock for final outfitting ahead of her sea trials. She is the eighth superyacht to be launched from Philippe Briand’s Vitruvius Yachts studio, with construction and co-naval architecture carried out by Feadship De Vries, while Daniela Boutsen has provided her interior design. Together, the eminent group has pushed the boundaries of what might be considered both a superyacht and an explorer at the same time. And herein lay the challenge for Briand and his team.

“This is a special project for us, as Shinkai is the second yacht that we have designed for her owner. In fact, he was the first yachtsman to embrace the benefits of Vitruvius’s efficient hulls,” says Philippe Briand. The result is a 55m, 974GT motor yacht demonstrating the following characteristics:

Adventurous Shinkai can reach the most remote places on the planet. She is ice-classed and stabilised by a vast mono gyroscope, which has never been specified on a yacht of this scale before. The 23-tonne gyroscope is particularly important for operations of the submersible, which needs a perfectly stable launching platform. It is also beneficial when navigating through waters at high latitudes, replacing conventional fin stabilisers which are at risk of being damaged by ice and flotsam, and are inefficient at low speeds.

A departure from the characteristic low-profile aesthetic of Vitruvius Yachts, Shinkai spans four decks plus an observatory setting, in order that the spaces inside meet the detailed requirements of the very experienced client. The owner’s cabin is positioned forward in the superstructure, with an exceptional area of 73sqm and a 135-degree view through full-height reinforced windows. There are four further guest suites, while seven cabins for 12 crew complete the accommodations.

Shinkai carries a wide variety of serious toys, such as her 7400kg U-Boat Worx submersible for three passengers. “I imagine it would have made Jean Jacques Cousteau jealous of such bright possibility to explore underwater!” adds Briand. The yacht’s design includes an extended aft deck to support the toys that make for a truly adventurous expedition, including 4×4 land vehicle, a large limousine tender, and multiple robust RIBs.

The Vitruvius “touch of design” assures the seamless integration of both “facets” of the project: an attractive superyacht and a powerful explorer. The high freeboard and superstructure are cut by a set of longitudinal lines, each having its own movement and raison d’être.

With Shinkai’s far-reaching cruising plans to explore the planet comes the responsibility to be environmentally sensitive in her operations, which Philippe Briand took into account when designing her hull lines. Even with the yacht’s generous displacement of 974GT, her hull resistance has been optimised to deliver a reasonable fuel consumption of 19.5L per nautical mile at a cruising speed of 12 knots.

Once she is delivered, her owner plans to extensively cruise around the world, from the frigid polar regions to the warmer tropics on the equator. With the capabilities afforded by her submersible and other toys, Shinkai is primed to provide those onboard with the chance to explore the oceans in three dimensions, both at the surface and well beneath it, too.