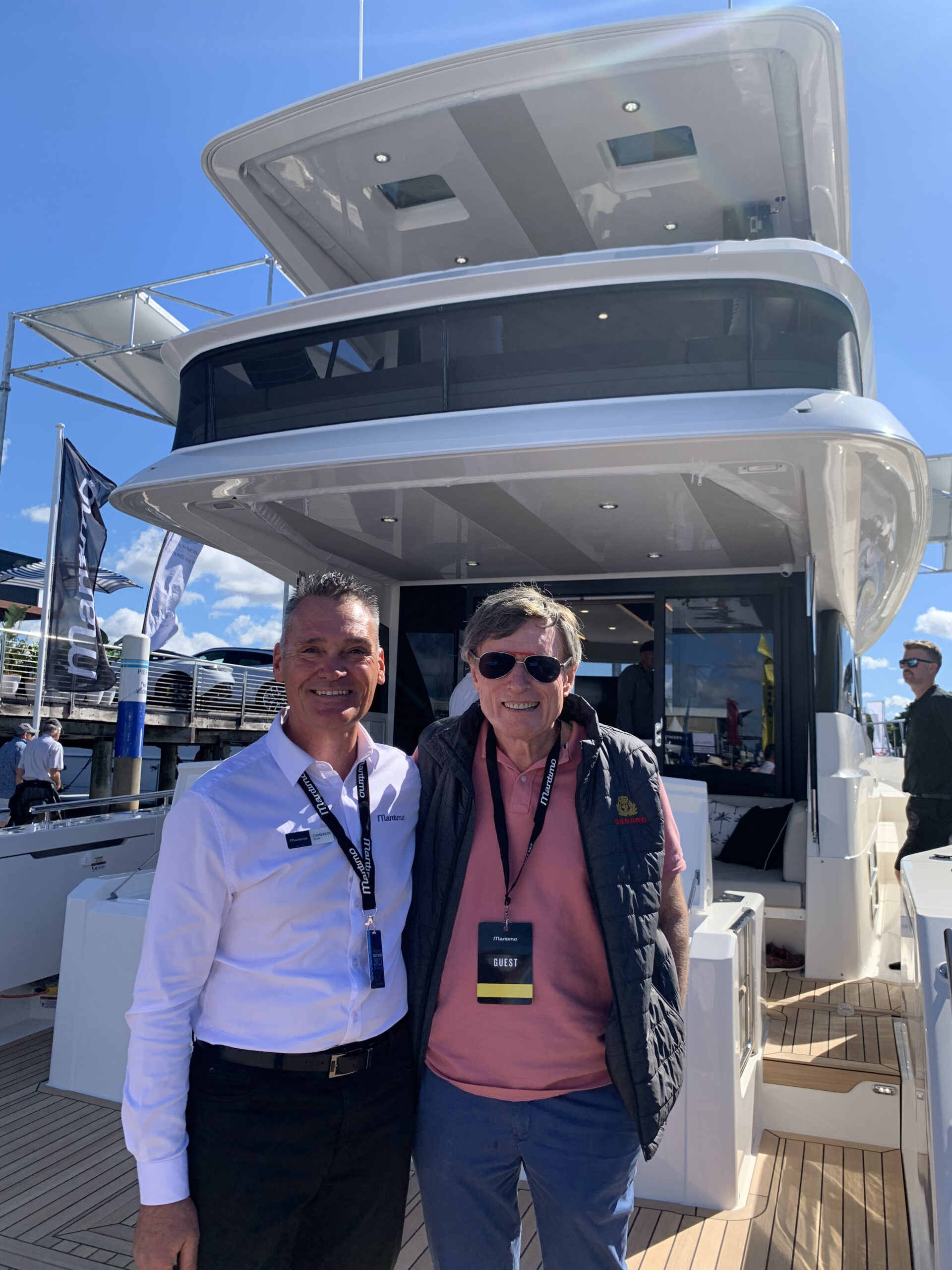 Smiles All Round: Perth based David Crothers onboard his new M55 Flybridge Motor Yacht

Perth based David Crothers had more reason than most to feel proud at the launch as he is the owner of the second M55 Flybridge Motor Yacht to roll out of the Australian based manufacturing plant.

David and wife Glenda are long term Maritimo owners, having enjoyed their M52 motor yacht for more than 14 years, however after seeing the virtual reveal of the stunning new M55 in mid-2020, David didn’t hesitate to put his hand up.

Infact, David had already lodged a holding deposit for an M54 motor yacht some years back, but held off because he was not sure if it was exactly right. His deposit had sat waiting for a decision on which way to go, and the new M55 was the answer to his conundrum.

“I had been looking for quite a while and had my sights set on another model, but that changed when I saw the virtual reveal of the M55 last year,” David told us.

David and his wife Glenda can’t wait to get the M55 back home to WA and show the vessel to their (now grown) children Samantha and Amy and start enjoying life on the water again.

“I wanted to totally de-stress the boat, so I have spent a lot of time with the Maritimo people adding innovative optional extras to the vessel which will make it extremely easy to handle.” David went on to say that the M55 Flybridge will in all likelihood be his last boat, so he wanted to make sure he could use it in a relaxed and safe manner, no matter the conditions.

One of the innovative modifications David has had Maritimo include is a bow mounted camera which will enable him to motor up to his swing mooring at Rottnest Island, engage the hold position function and then walk forward to secure the boat to the mooring without any stress.

In addition to this, powerful stern and bow thrusters have been added, along with a 360-degree FLIR Night Vision camera, providing David with around-the-clock visibility. These additions amongst others are a testament to Maritimo’s attention to detail in catering to individuals throughout their purchasing process.

Most of David’s boating will centre around the Abrolhos Islands, approximately 200 nautical miles north of Perth and he anticipates the family will clock up approximately 100 hours of cruising a year aboard the new M55.

“I have a very good relationship with the Maritimo team and we thoroughly enjoyed all our years on the M52, but when I saw this new model, I knew it would be perfect for us. The three-cabin layout is perfect for our family and the cockpit and adventure deck space is ideal for our lifestyle.”

David is Managing Director of WA based construction company, Crothers Constructions, and is also President of the WA Master Builders Association.

The M55 Flybridge Motor Yacht has been the most successful model on debut in company history for Maritimo, and this success is something the Australian manufacturer hope to replicate moving forwards.