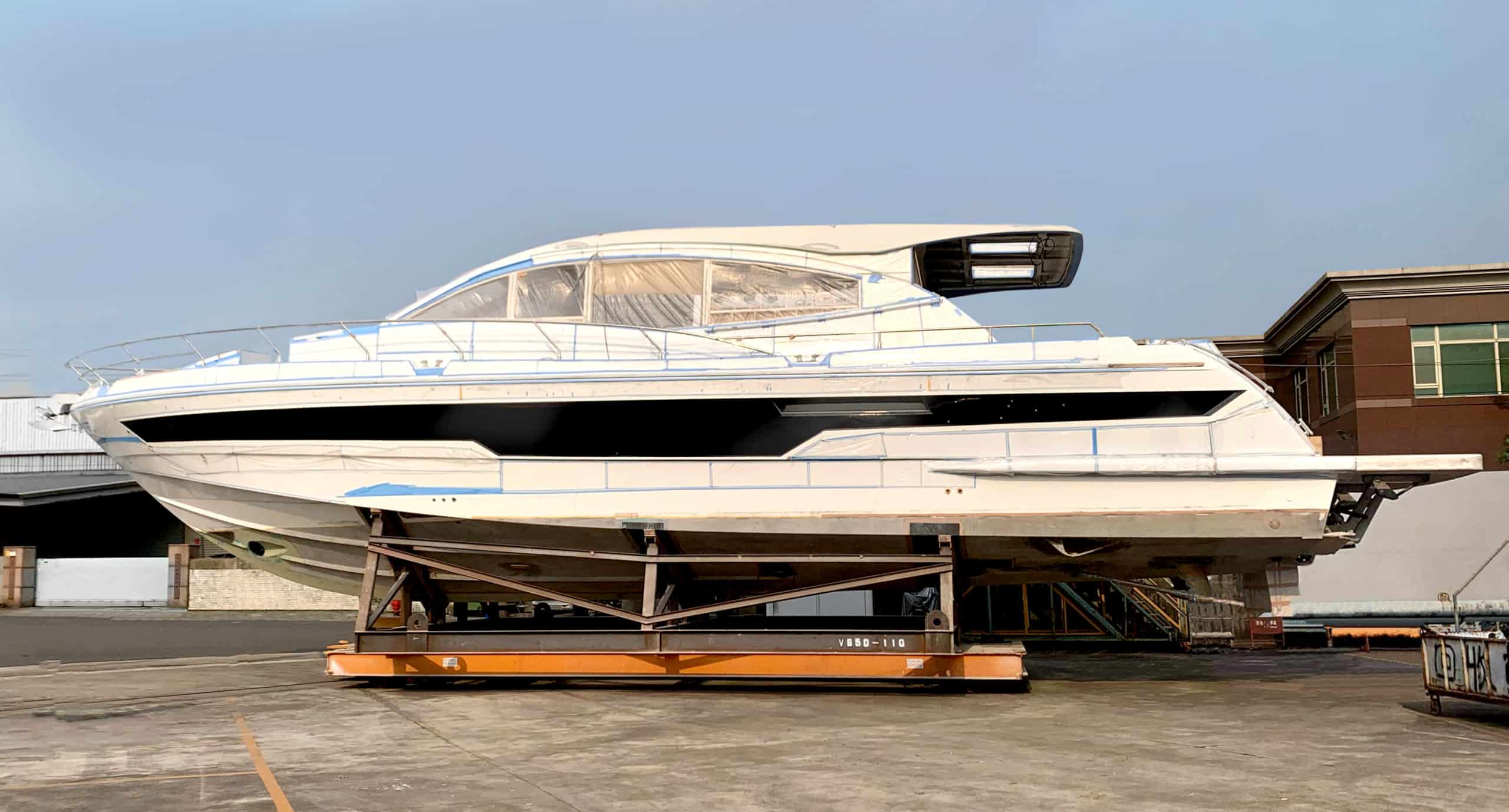 The Whitehaven 6800 is scheduled for arrival in Australia this November

The anticipation is palpable as the Whitehaven 6800 Sports Yacht reaches the next major production milestone. Having remained on track throughout the disruption from a global pandemic, this sports yacht is due to arrive in Australia in November 2021. Here is a sneak peek.

As with all Whitehaven Motor Yachts, the 6800SY has been designed and is now being produced specifically for its owner. Rather than being an overly laborious or lengthy process, the greater Whitehaven team including Ryan Hanson, Production Director, and Yacht Designer, Misha Merzliakov, worked tirelessly and quickly with the owner to build the specifications.

“The owner of this 6800SY has some specific requirements. He plans on a lot of family and visitors onboard and rather than them having to go from the water through the yacht, he requested a day head easily accessible through the transom door. As a customisable build, we had that flexibility to give him what he wanted,” explained Production Director, Ryan Hanson.

The owner wished to use the 6800SY for entertaining friends and family so the galley has been tailored to become a space for interaction as much as food preparation. Stools in the galley link the internal spaces whilst the aft electric window completely opens to the cockpit. This 6800SY will be the first in Australia with the updated foredeck with both sunbeds and seating.

The saloon has a sunroof for that sporty feel and all the accommodation is below deck. The master cabin takes the full beam amidships and has a private ensuite. The main guest suite is in the forepeak and shares a fully appointed bathroom with a twin cabin.

“The yacht is nearly finished in production and testing stages have begun. This week it will move to the test tank and the engines will start for the first time. The production and QA team will thoroughly test the motor yacht at which point it will move to open water for full seatrials before being signed off and shipped,” stated Ryan.

Once in Australia, the Production team will complete a detailed commissioning and pre-delivery process before handing over the vessel to the expectant owners.

“It is hard to do this yacht justice yet when she arrives here, she will garner a great deal of attention. I don’t like to pick favourites in my motor yachts, however this yacht is special. This 6800SY has also been the inspiration of the new 6100SY which is currently in design and I can’t wait to reveal this sports yacht when she is fully developed,” finished Ryan.