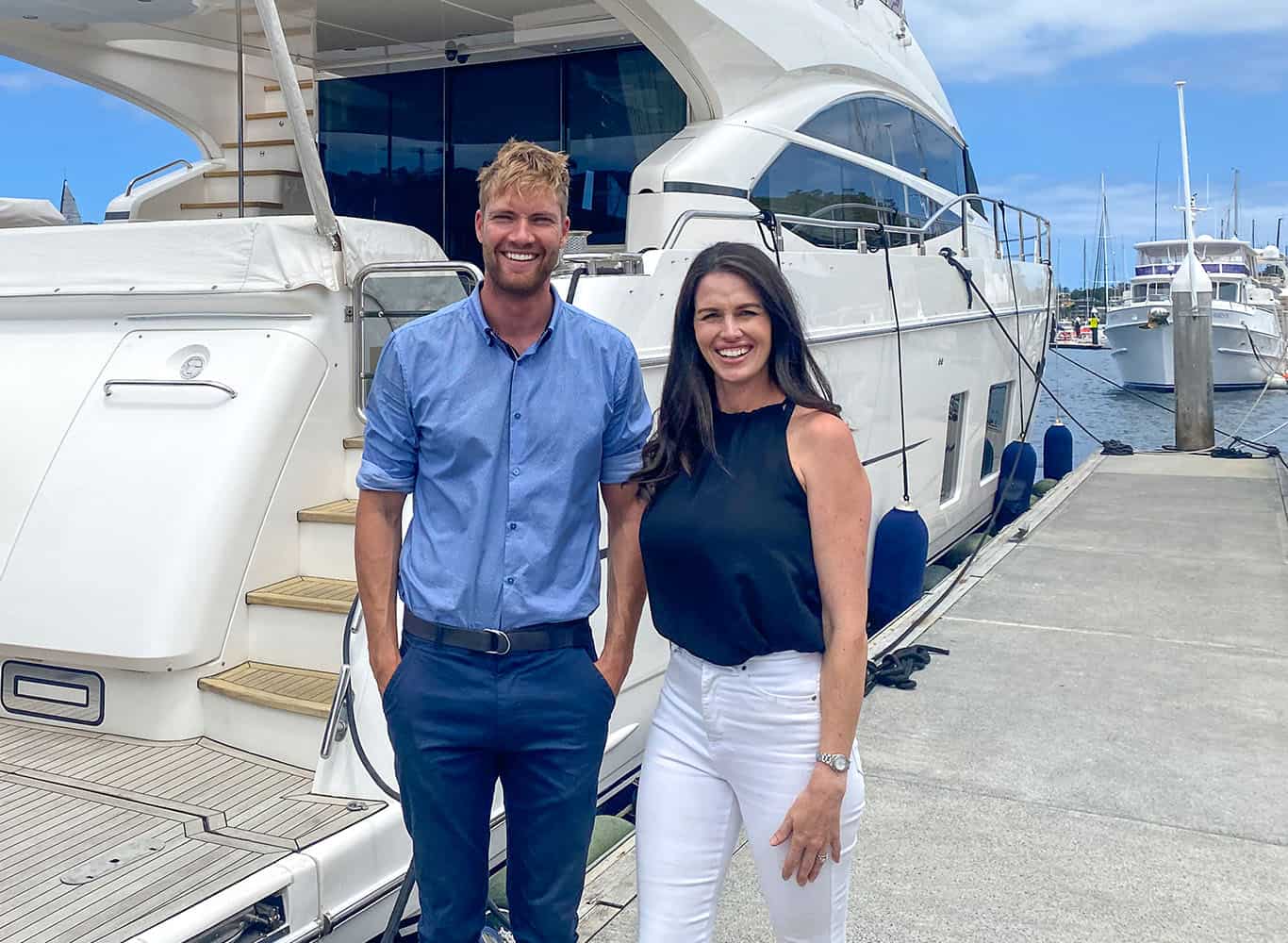 Successful partnership: Whitehaven and Australian Marine Sales will be co-located on Sydney Wharf

Whitehaven Motor Yachts is proud to announce Australian Marine Sales as the Sydney Harbour dealer for the brand. The team headed by Jane McNeill and Travis McCurry will be co-located within the new Whitehaven office on Sydney Wharf in Pyrmont.

Jane McNeill started Australian Marine Sales over eight years ago and focused for the first six on the recreational boating market. As time passed and her following grew, she expanded into larger luxury yacht brokerage over 50-foot. Then two years ago, a friend and Whitehaven owner introduce Jane to Bruce Scott, Managing Director of Whitehaven Motor Yachts, and it was clear the synergies which existed between the two groups.

“I had a number of friends who were Whitehaven owners and I had heard a great deal about Bruce and the way in which his infectious enthusiasm draws people in. After meeting at the launch of the first Harbour Classic in Sydney we began working on a partnership which we are proud to now announce,” stated Jane McNeill.

Aside from the formal dealership arrangement, Australian Marine Sales and Whitehaven Motor Yachts are now co-located in an office on Sydney Wharf in Pyrmont working hand in glove. Whilst Jane has a long background in sales, marketing and distribution, her business partner, Travis McCurry, is a qualified captain with extensive experience in the super yacht industry.

“We have deliberately chosen not to take the well-trodden path with Whitehaven. It starts with offering custom builds delivering what the customer wants and not a standard product. It also means building partnerships with those who reflect our ethos. We believe we have found that with Jane, Travis and Australian Marine Sales,” explained Bruce Scott.

Jane has hit the ground running with the sale of the new Whitehaven 6800 Sports Yacht currently in build. “I am very much looking forward to the arrival of this luxury motor yacht in September of this year as it’s sure to capture the market’s attention,” continued Jane.

With a number of exciting releases form Whitehaven on the horizon, the partnership with Australian Marine Sales is an exciting step in the right direction.